Governor Newsom’s budget proposal assumes enrollment growth at the University of California (UC) and California State University (CSU). But these two systems are seeking to expand even more to accommodate increasing demand, as more California students than ever graduate high school prepared for college. 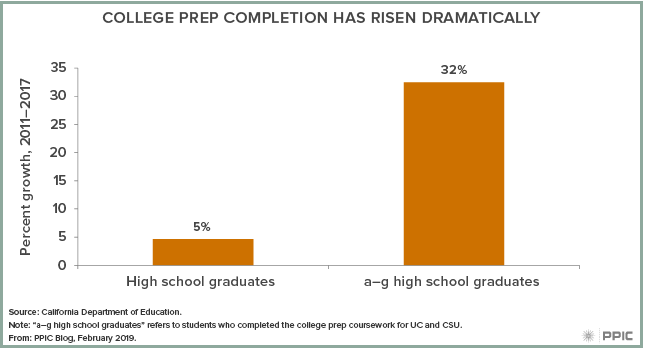 UC and CSU have been able to accommodate some of that increased demand, but not all of it. Since 2011, UC and CSU enrollment has grown much faster, at 13% and 15%, respectively, than the increase in all high school graduates. But enrollment growth was much smaller than the increase in applications and the number of high school graduates completing college prep courses. 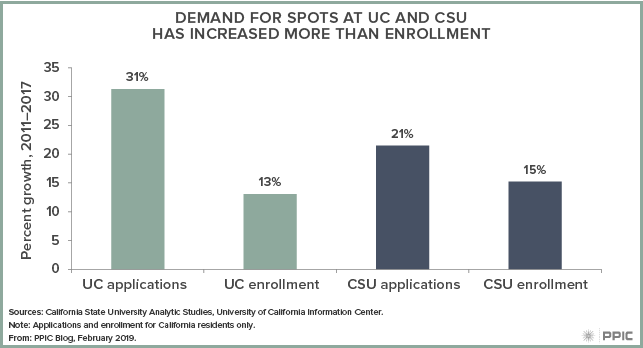 Allowing more students who are academically prepared to start at a four-year college is a good policy choice. Studies show that students who start at a four-year college are more likely to graduate than if they start at a community college. And attending a public school in California leaves students in less debt on average than attending a private college or paying nonresident tuition in other states. Policymakers and institutional leaders will need to think strategically about how to accommodate the growing number of high school graduates who are now prepared for UC and CSU.