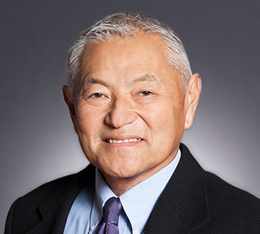 Mas Masumoto is a third-generation farmer—he grows organic peaches, nectarines, and raisins on an 80-acre farm south of Fresno. He is also the author of many books, including Epitaph for a Peach, Changing Season, Wisdom of the Last Farmer, Heirlooms, Letters to the Valley, Four Seasons in Five Senses, Harvest Son, Country Voices, and Silent Strength. Along with his wife, Marcy, and his daughter, Nikiko, he published a family farm cookbook, The Perfect Peach, in 2013; it was named by USA Today as one of best summer cookbooks. Changing Season, a documentary about the theme of succession on the Masumoto family farm, has been featured at film festivals and nationally broadcast by PBS in May 2016. He is currently a columnist for the Fresno Bee and the Sacramento Bee. He was a Kellogg Foundation Food and Society Policy Fellow from 2006 to 2008. His writing awards include Commonwealth Club Silver Medal, Julia Child Cookbook Award, the James Clavell Literacy Award; he was a finalist for a James Beard Foundation Award. The National Resources Defense Council recognized Wisdom of the Last Farmer as the Best Environmental Writing in 2009. UC Davis honored him with an Award of Distinction in 2003, and he received the California Central Valley Excellence in Business Award in 2007. He was elected to PPIC’s board of directors in 2009 and served as board chair from 2016 to 2018. He also serves on the board of the Central Valley Community Foundation. He previously served on PPIC’s Statewide Leadership Council and the James Irvine Foundation board; he also chaired the California Council for the Humanities board. In 2013, President Obama appointed him to the National Council on the Arts, the board for the National Endowment for the Arts.