A Message from PPIC’s Board Chair 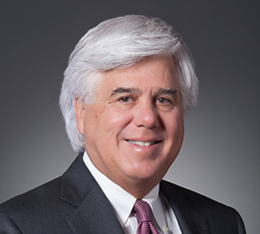 By now, you have received the news of Mark Baldassare’s planned departure at the end of this year. We wanted our friends, supporters, and champions to hear the news directly from Mark, but I would also like to share with you some brief perspectives, as PPIC Board Chair and a longtime ally of the institute.

As a lawyer, I am trained to consider both sides of any argument. On the one hand, I completely respect and very much celebrate Mark’s decision to pursue new challenges and opportunities at this phase of his career. He has served admirably for 15 years this month and, as so many of our supporters know, has taken this organization to new heights. Under his leadership, PPIC established two influential centers that have moved the needle on water policy and higher education in our state. PPIC opened a thriving Sacramento Center to directly connect our experts and ideas to decision makers in the Capitol. And the PPIC Statewide Survey has played a key role in bringing the concerns and aspirations of Californians to the attention of policymakers at the local, state, and national levels.

On the other hand, like so many of you I will miss Mark’s steady hand, his incredible vision, and his commitment to excellence. We are deeply grateful for the contributions and leadership Mark has given to PPIC and, indeed, to the state of California. He has exceeded every expectation during his tenure and leaves the organization in an extraordinary place, financially and otherwise, all while keeping a strong hold of our independent, nonpartisan mission. We know we cannot replace him and, instead, are seeking a successor who will build on Mark’s outstanding legacy.

To this end, the executive committee of the board of directors has established a search committee and a process is underway to begin the search for PPIC’s next president and CEO. As board chair, I will lead this effort. The search committee will set a timeline for this process, select an executive search firm to conduct a national search, and make a final recommendation to the PPIC Board of Directors for its approval. We fully intend to have new leadership in place by the end of the year.

We look forward to working closely with Mark and the PPIC staff through this transition, and to cheering Mark on as he pursues new endeavors.