California 2020: Census and Elections Are Important to Californians 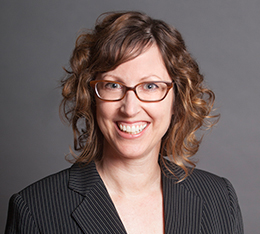 The 2020 Census is fast approaching. With political representation and billions in federal funds on the line, the importance of an accurate count cannot be overstated. Californians recognize this, according to our latest survey—but many have concerns about the confidentiality of the information they provide. Even more Californians say that the 2020 elections are important. Both are critical to the future of the state.

California has invested substantially in raising awareness and preparing local communities for what will be a monumental census effort. Governor Gavin Newsom has proposed adding another $54 million toward state census activities, on top of a previous allocation that was just north of $100 million. These funds—along with a sustained effort at building partnerships around the state—are meant to counter California’s particular vulnerabilities when it comes to ensuring an accurate census: large shares of immigrants and other hard-to-count populations.

With so much at stake, participation in the census is critical. Are Californians aware of the importance of being counted? Currently, three-quarters of all adults (75%) say it is very important to participate in the 2020 Census. Overwhelming majorities agree across regions, political parties, and all demographic groups—from age, income, and education level to racial/ethnic and citizenship status groups. Naturalized citizens are the most likely to say that participation in the census is very important (80%).

Later this month, the US Supreme Court is expected to rule on the legality of adding a question about citizenship status to the 2020 Census, as the Trump administration has proposed. This question has not been asked on the decennial census since 1950, and opponents argue that it would depress the count among immigrants who might be fearful about revealing their status.

A solid majority of Californians (63%) are concerned that the Census Bureau will not keep 2020 Census answers confidential. This concern is highest among Latinos (74%) and African Americans (70%), followed by Asian Americans (64%) and whites (52%). US-born Californians (58%) are less likely than foreign-born residents (71%) to say that confidentiality is a concern. 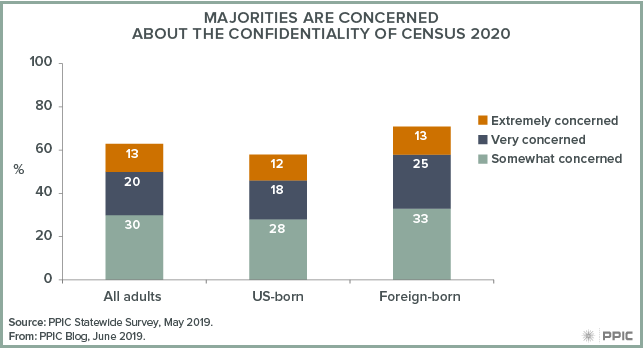 The upcoming census will coincide with another pivotal event—the 2020 presidential election. Election outcomes will have additional lasting effects this cycle, as state legislators (or redistricting commissions) will use the new 2020 Census data to redraw district lines that will last a decade. Today, nearly all Californians recognize the importance of voting next year. 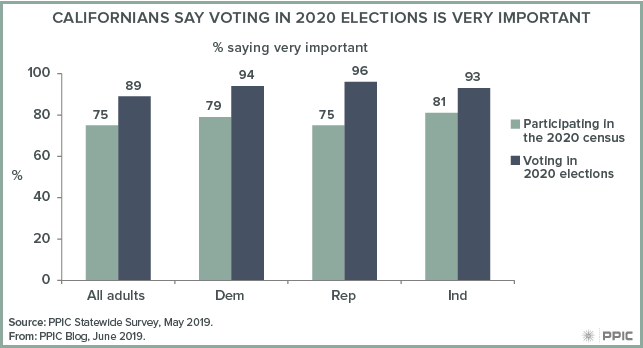 With a presidential primary in California next March and the census in April, Californians are heading toward a consequential season—for the state and the nation. Efforts to boost participation in both of these essential civic events will be critical to ensuring that all Californians are heard—and counted.

Video: 2020 Census: Why Is the Citizenship Question Such a Big Deal?