Californians and Their Tax Burden

Dean Bonner April 15, 2019
NEVER MISS AN UPDATE!
Sign up for our blog alerts to receive insights from PPIC by email.

Half of Californians (52%)—a record-high share—say that the state and local tax system is either not too fair (25%) or not at all fair (27%). This marks a 10-point increase since March 2017 and a 21-point increase since the first time we asked this question in June 2003. There are notable differences along partisan lines. More than two in three Republicans (69%) see the state and local tax system as not too or not at all fair, as do nearly six in ten independents (58%), compared to about four in ten Democrats (43%). 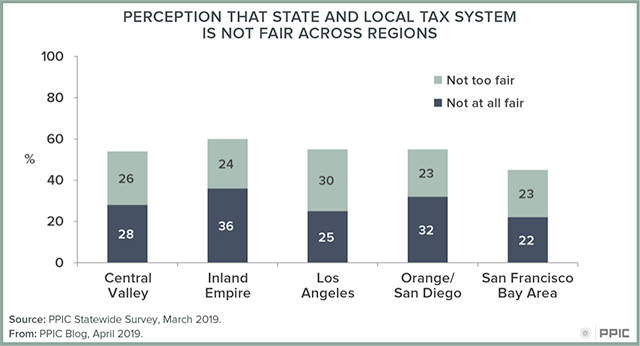 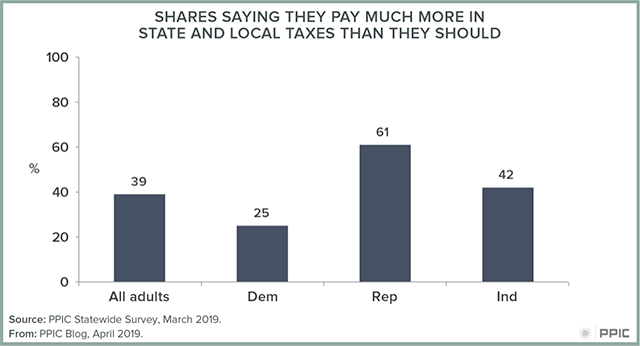 That said, California voters have passed tax increases in recent years, including extending the Proposition 30 income tax increases in 2016 and rebuffing an effort to repeal the recently passed increase to the state gas tax in 2018. Further, voters across the state have been more than willing to pass local tax measures. With a new governor and a supermajority of Democrats in the state legislature, are new taxes on the horizon? Stay tuned as the PPIC Statewide Survey gauges public support for any new proposals.