Mark Baldassare March 7, 2018
NEVER MISS AN UPDATE!
Sign up for our blog alerts to receive insights from PPIC by email. 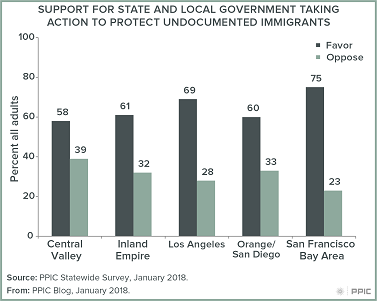 During President Trump’s first year, perhaps no issue caused more conflict between the state and federal government than immigration. In January, California became a sanctuary state. Yesterday, the US Justice Department filed a lawsuit against California over three state immigration-related laws that were passed by the California Legislature in 2017. How do residents feel about the state and local governments making their own policies and taking actions, separate from the federal government, to protect the legal rights of undocumented immigrants?

We also find support across age, education, income, and racial/ethnic groups. Latinos and African Americans are more likely than Asian Americans and whites to be in favor. 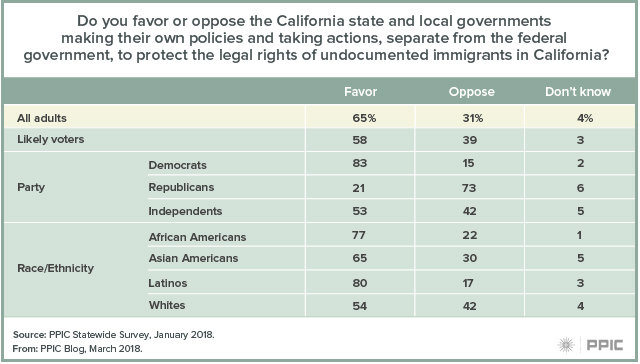