Are California’s Cities Ready for the Next Drought? 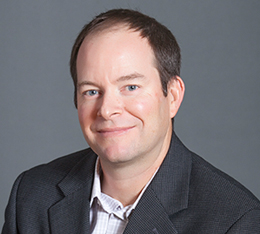 California’s urban areas—where more than 90% of residents live—managed the last drought quite well. How well prepared are cities and suburbs to weather the next long dry spell? Here are two things to know about urban drought preparedness.

Are we backsliding too much on water conservation?

While it’s true that urban water use is not as low as it was at the height of the latest drought in 2015, it is still much lower than in 2013, before Californians were asked to significantly limit their water use. This winter, some media stories highlighted unfavorable month-to-month comparisons—for example, water use in December 2017 was about the same as in December 2013. But what’s lost in this message is that water use in California is normally much lower in winter months, when very little is going to outdoor landscaping. When we smooth out the seasonal differences, water use in 2017 was roughly 13% lower than in 2013—and it has stayed down across all regions of the state (see figure).

During droughts people save water in all kinds of ways, but especially by reducing landscape watering, which in normal years accounts for about half of all urban water use. During the latest drought this saved a lot of water, but it also entailed costs—gardens and trees died and urban landscapes suffered.

Another thing to remember is that the large reduction in urban water use in 2015 and early 2016 was the consequence of state-imposed mandatory rationing. It’s normal for water use to rebound somewhat when rationing is lifted. This also happened after other recent droughts. Generally, though, Californians have been reducing their water use for the past several decades.

What should cities be doing now to prepare for the next drought?

With California’s variable climate, it’s always prudent to be prepared, because the next drought can be just around the corner. Even though urban water utilities have done a good job preparing for past droughts, they can’t rest on their laurels. For example, as cities and suburbs become increasingly efficient with water over the long term, this affects their ability to tighten their belts during droughts. There’s less of a cushion and fewer easy steps that can be done quickly. Utilities will need to address this trade-off by ensuring that some portion of the long-term water savings is reserved in storage for times of drought emergency.

Urban utilities also need to be better fiscally prepared for times when they sell less water. This was a real weakness during the latest drought. The dilemma is that up to 80% of the costs of supplying water to businesses and households don’t change with the amount of water people buy. Utilities still have to maintain their systems, but most of their revenues are based on the number of gallons sold. When you start asking everyone to conserve, you can quickly end up in the red. We recommend that as soon as a utility knows it will have to ask for drought savings, it should inform its customers about how that could affect rates. Some communities have drought surcharges, which work well. The key is to have a plan, communicate in advance, and engage the public in understanding the issue of balancing revenues and costs.