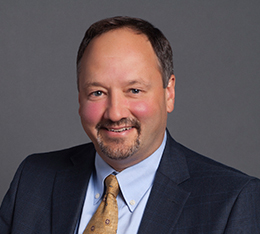 Assembly Speaker Toni Atkins and Senator Kevin de León, who will take over as senate president pro tem later this month, each told a Sacramento audience about growing up in poverty and the role it has played in their shared view of the state’s responsibility to those in need.

“We share similar values and similar stories that have made us care about the values and the issues that we’re talking about today,” said Atkins, who was raised in a poor, rural Virginia family and now represents the San Diego area. De León, who was born in San Diego and represents Los Angeles, said he is the youngest child of a single immigrant mother and the only family member to graduate from high school. Atkins and de León, both Democrats, were elected by their respective legislative chambers earlier this year to serve as leaders.

Both lawmakers cited a recent PPIC report — Child Poverty and the Social Safety Net in California by Caroline Danielson and Sarah Bohn — that said about 50% of California children live in poverty or near-poverty. The remarks, part of the PPIC 2014 Speaker Series, were made to a capacity audience of about 400 in the ballroom of the Sheraton Grand Hotel. The discussion was moderated by PPIC President Mark Baldassare and streamed live to hundreds more.

The wide-ranging conversation touched on a number of major issues—including health care, the drought, immigration, and taxes. Both leaders said that they believe the state should talk about changes to the state tax structure and consider whether to extend the temporary taxes that voters passed in Proposition 30. Atkins cautioned that it will be difficult to gain support from voters for an extension of the taxes.

De León expressed strong support for affirmative action, which he credited for his ability to attend college and become a legislator. He also said California should continue to lead on immigration issues because the federal government has been unable to pass a reform plan. And he noted that polls suggest Californians support health coverage for undocumented residents.

Atkins, meanwhile, encouraged more cities to follow San Francisco and San Jose, which recently increased the minimum wage. Both leaders also said they have worked together in the past and believe they will have a good working relationship going forward.