Can We Capture More Water in the Delta?

A massive amount of water is moving through the Sacramento–San Joaquin Delta in the wake of recent storms, and calls have risen from all quarters to capture more of this bounty while it’s here. We spoke with PPIC Water Policy Center adjunct fellow Greg Gartrell to understand what’s preventing that—and to dispel the myth of “water wasted to the sea.” 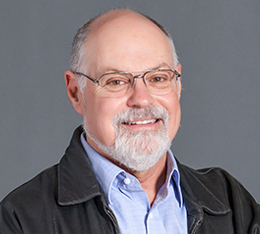 Your recent policy brief said that California doesn’t do a good enough job of managing water supply in the Sacramento–San Joaquin Delta in wet years. Are we likely to see some of the effects that you highlighted this year?

Yes. The brief focused on where we could have improved water management during California’s last three really wet years, which were 2011, 2017, and 2019. All three years had periods when the San Joaquin River was flooding, protections for salmon and steelhead were suspended, and the two water projects—Central Valley Project and State Water Project—could pump without restrictions. But the major reservoir south of the Delta—San Luis—was full, and there was simply no place to put the additional water.

We could see that again this year, though a couple of things make that less likely. Reservoirs further south, like Castaic and Diamond Valley in Southern California, are low and will be able to take some water, and some areas in the San Joaquin Valley now have capacity to put more water in the ground.

People complain that we’re wasting water to the ocean. While it’s true that there are pumping restrictions right now to protect fish, the maximum the projects could be pumping is about 14,000 cubic feet per second (cfs), not quite double what they’re currently pumping (8,000 cfs on Jan 12). With current outflows at about 150,000 cfs, we’d still see 144,000 cfs flowing to the ocean if they were pumping without restrictions. There’s a limit to how much the aqueducts can carry, and there’s a limit to where water can go south of the Delta. In other words, most of this water is not just uncaptured—it’s uncapturable. And it’s not actually wasted: it’s freshening San Francisco Bay, which benefits from these kinds of flows.

It’s always been this way when it rains hard. Upstream reservoirs are capturing every drop they can right now. Only Folsom is releasing a lot of water to prevent a disastrous flood in Sacramento; in the San Joaquin Valley, the same is true for Millerton reservoir, to reduce flood risk in downstream communities like Manteca. Unfortunately, some of the water released to protect Manteca could have gone to groundwater recharge, but the southern part of the Friant-Kern Canal is out of service as it undergoes repairs for subsidence caused by overdrafted groundwater.

There are restrictions on pumping in the Delta right now, even though large flows are coming down the Sacramento River. Why is that?

The export pumps in the Delta are currently pumping at about half of their capacity to reduce harm to species of fish protected by state and federal Endangered Species Acts. For several days after Christmas, pumping was restricted to give time for fish to adjust to changes in inflow and to move away from harm at the pumps.  And on January 3rd, regulations kicked in that restrict pumping when turbid water gets near the pumps. Protected Delta fishes make use of this turbid water as habitat, placing them at risk.

These latest restrictions are limiting the amount of water exported from the Delta: roughly 84,000 acre-feet less will be exported over 14 days (roughly enough water to irrigate 25,000 acres of farmland for a year, or to supply 150,000 homes). However, if inflows to the Delta remain high—which looks likely—these restrictions may just delay filling San Luis Reservoir by a few weeks. If San Luis Reservoir fills to its 2 million acre-foot capacity, and we again have no place to put additional water, the ultimate water supply cost of these regulations will be low. Also, don’t forget that snowpack—our largest reservoir—is piling up, and upstream surface reservoirs are filling.

In your report, you recommended some changes. What do we need to do?

Especially in the San Joaquin Valley, we need investments to put water in the ground—our largest reservoir for long-term storage (snowpack is short-term)—when it’s raining. That’s the cheapest and easiest thing to do. Everything else—including projects like the proposed Delta tunnel and Sites Reservoir—is pretty darned expensive and will take a lot of time.

In the near term, we should prioritize the fast, easy, and cheap options—the ones that involve no need to change regulations and no big new infrastructure. In past wet years, it would have been possible to pump an additional 400,000–800,000 acre-feet in the Delta, within current regulations, if we had places to put it.  The logical place to put this water is in our depleted groundwater basins.

In our study, we also recommend taking a hard look at regulations that govern protections for fish in the Delta. Some of the rules are tied to water-year type and are fairly rigid, not adapting to the range of hydrology in a single year. We need to revisit the biological basis for the numerous, overlapping restrictions to be both more protective of the Delta environment and more efficient in pumping. And we need to be more nimble, able to adjust pumping restrictions based on real-time hydrology and biological conditions.

Finally, what the Delta really needs is better cooperation between agencies. Agencies like to keep their independence. That can lead to uncoordinated regulations, sometimes with unanticipated impacts on water supply operations. We need a modern version of the 1994 Delta Accord—a durable cooperative agreement between state and federal agencies that does not change every time there’s a change in governor or president. That is likely to help with managing the Delta as much as any new storage effort.