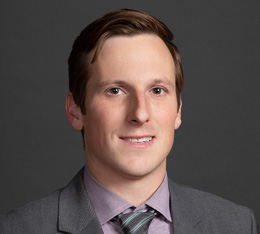 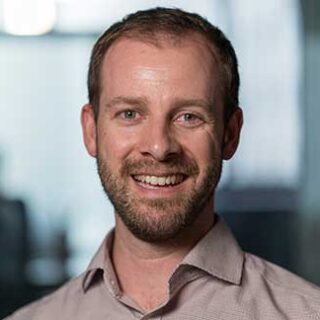 The San Joaquin Valley is facing a monumental shift in land use over the next two decades. Two important but seemingly unrelated laws are driving the change: the 2014 Sustainable Groundwater Management Act (SGMA), which aims to bring groundwater basins into balance by the early 2040s, and SB 100, which intends to help California achieve 100% clean power statewide by 2045. SGMA may require fallowing at least 500,000 acres of cropland in the San Joaquin Valley (10%) by 2040. A significant expansion of solar energy production to meet SB 100 goals, on the other hand, will demand a large amount of land. Promoting solar expansion on fallowed farmland in the San Joaquin Valley could support two major objectives at once: supporting the state’s clean energy goals while easing the economic pain of transitioning some land away from agriculture.

Solar as a land use alternative

Since last year, PPIC researchers have been working with a range of partners to identify solutions for transitioning farmland that bring broad benefits to the valley’s communities, economy, and environment.

Solar development is one of these potential solutions. Last week, we held a workshop with multiple stakeholders from state and local agencies, agriculture, community groups, and the energy sector to discuss possible synergies in implementing SGMA and SB 100.

This workshop focused on exploring the technical feasibility of widespread conversion of cropland to solar. We aimed to help valley stakeholders, the state, and the energy sector advance their understanding of cropland conversion in a future with less irrigation, while meeting the state’s clean energy goals.

A massive build-out of renewables

With SB 100, California has set itself a Herculean task of decarbonizing the energy sector by the mid-2040s—roughly the same timeframe as SGMA. As one workshop participant put it, “to reach our goals, we’re going to need a sustained, unprecedented build-out of renewables.”

Solar will be an important part of this build-out. The industry is growing quickly: solar development in the San Joaquin Valley is expected to more than double between now and 2030—and grow even faster after that. Three gigawatts (GW) have already been installed in the valley, with over half of new arrays coming online in just the last five years. Currently there is more than 20 GW of additional solar capacity proposed but not yet built in the region.

This proposed rapid build-out faces some hurdles. As one workshop participant put it, “transmission is the threshold question.” In other words, solar development is only viable if it can interconnect to the transmission grid and reach customers. In the San Joaquin Valley, most solar projects, including all larger ones, are currently concentrated along the western side of the valley and in the south, where there’s easier interconnection to high-voltage transmission lines. Even there, transmission capacity for new solar projects is becoming scarce.

For future solar development to work, there must be physical proximity to power substations, as well as capacity for delivery. But this will require investment and planning: upgrading transmission lines can be expensive, and bringing new large transmission projects online can take 10 or more years. When a project faces high interconnection costs, it must be larger to finance them effectively; without additional transmission, many projects will not be able to move forward due to these high costs. Many worthwhile projects could fall through the cracks and the state could face challenges meeting its clean energy goals.

The valley is attractive for solar, but coordinating land use is a challenge

Some projections show the land needs may exceed 800,000 acres statewide. The valley has a lot going for it, including strong resource availability: a 2019 study found that even with strong habitat protections, up to 250,000 acres of cropland could be suitable in the valley. Over the next 20 years, it will also see an increase in lands looking for productive uses that don’t require irrigation.

Nonetheless, organizing and coordinating landowners and developers may be difficult without new investments in transmission. The larger projects needed to finance expensive interconnection costs require larger tracts of land. The agglomeration of many smaller, contiguous land parcels creates challenges for developers, and pushes solar development into areas with larger parcels that are easier to cluster, but not always the best land to take out of agricultural production.

Given current uncertainty about areas that may come out of production (many groundwater plans have not yet laid out clear pathways to sustainability), it is difficult to know where all of the smart plays may be—both for transmission expansion and land acquisition for solar development. While many questions have been raised (and few resolved), it’s vitally important to begin these conversations—because they are tied to the future of not just the valley but the entire state. The next two decades will be a time to advance implementation of both SB 100 (2045) and SGMA (2040): alignment between planning processes can yield benefits for both statewide energy consumers and valley stakeholders grappling with a monumental shift in land use.

The Challenges of Changing Land Use in the San Joaquin Valley