Drought Watch: The End of the Rainy Season 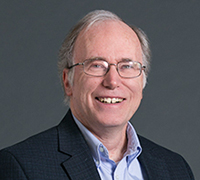 California’s rainy season is pretty much over. Most years, 85% of the wet season’s rain and snow has already fallen by late March. While rain often falls in April and May, it is rarely enough to make a big difference in the overall water picture, and the forecast is now quite dry.

That means California’s water managers now have a good idea how much water will be available in the state’s reservoirs, snowpack, and groundwater basins.

The news is not heartening. While parts of the north coast did fairly well, the rest of California did not. The Sierras received about half of annual average precipitation. And as the record warm temperatures of last year have persisted, the snowpack is at an all-time low (now 8% of average). As California’s struggling ski area operators know all too well, most precipitation fell as rain, rather than snow.

Statewide, reservoir storage is about half of capacity. However, the almost non-existent snowpack provides no prospect for improvement in storage this spring—something water managers count on in most years.

This fourth consecutive dry year have led to some dire, even apocalyptic predictions, including that California will run out of water within a year. While managing this drought will be difficult, even painful in some regions, the state is not going to run out of water and there is no need to panic. Rather, prudent adjustments to water scarcity that began earlier in the drought will continue and intensify. These include:

In short, California is not running out of water, just cheap water. A fourth consecutive year of drought will make both water scarcity and management possibilities increasingly apparent.