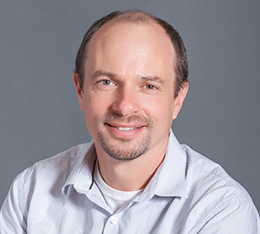 When we hear that agriculture accounts for 80% of human uses of water in California, attention often turns to water intensive crops like rice and alfalfa (almonds—a water intensive but high revenue crop—have been much in the news as well). The suggestion is often made that farmers stop growing low revenue crops in order to conserve water. There are many reasons not to dictate what crops to plant. One not often discussed is that some crops that generate low revenues per unit of water may actually have high environmental value, particularly for birds and fish.

California’s freshwater landscape has been transformed, most notably in the Central Valley where less than 5% of native habitat remains. This transformation has reduced the habitat for waterfowl and shorebirds in the region. Land conversion, in conjunction with water resource development, is also the principal cause of the decline of native fishes such as salmon and steelhead.

Yet the very agricultural fields that contributed to the decline of these species may today provide the opportunity to ensure their future.

It turns out that some agricultural fields offer good habitat for both birds and fish. Farmers who flood their rice fields in the winter to help break down rice straw provide valuable wetland habitat for waterfowl and shorebirds that migrate to the Central Valley during the winter. Decades of research have helped develop practices that benefit both farmers and birds.

Researchers at UC Davis and the nonprofit California Trout have recently shown that these same rice fields can be used to rear juvenile salmon, mimicking the habitat that floodplains provided in the past. Thanks to unlimited food availability, juveniles in rice fields grow at three times the rate of those confined to river channels. They can also find their way back to rivers if given the opportunity. Their larger size increases the likelihood of survival as they pass through the Delta and head to sea.

Even alfalfa—much maligned for its high water use and low revenues—has habitat value. Swainson’s hawks—listed as threatened under the state endangered species act—and long-billed curlews make extensive use of alfalfa fields because these fields house their favorite insect and rodent prey. Alfalfa also provides nesting and foraging habitat for many other birds and has been reported to support some of the highest biodiversity among row crops.

There are many other examples of farmers providing valuable habitat for birds and fish. With modest changes in farming practices they can increase the quality and extent of this habitat. This prospect lies at the root of efforts made by the Natural Resources Conservation Service, Central Valley Joint Venture, and TNC Birdreturns, which help farmers improve the value of habitat on working lands. And projects like the Central Valley Habitat Exchange are providing incentives to farmers to set aside lands for wildlife habitat.

Increasing water scarcity and high commodity prices are creating pressure to shift to crops that generate higher revenue per unit of water used—most notably perennial crops like nuts, fruits, and grapes, which generally don’t provide good habitat. This pressure is likely to have the unwanted consequence of reducing the extent and quality of wildlife and fish habitat. Financial and other incentives may be needed to encourage farmers to plant annual crops that have environmental benefits—even if those crops are low revenue and water intensive.