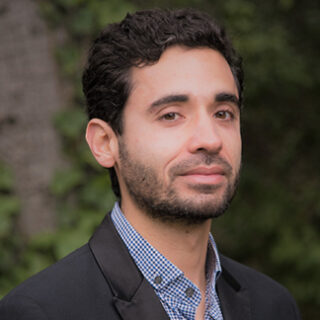 California gas prices continue to climb in what was already an inflation surge. Last Friday, the average gallon price for regular unleaded fuel reached $5.74, the highest average price ever recorded in the state, driven by global concerns about oil supply amidst the Russian invasion of Ukraine. While the US has taken economic actions to address the crisis and soften humanitarian consequences, the state is considering what policies can assist California families most burdened by uncertain fuel costs.

Fuel prices first dropped then rose again throughout the pandemic; in recent weeks, prices spiked as Russia invaded Ukraine. Between the end of February and March 14, gas prices increased about 20% in California and over 21% in the US.

Last week, the White House announced an executive order to ban the import of Russian oil, which could nudge prices up, especially if other countries follow suit. Because it responds to changes in global supply and demand, the oil market is often volatile (for instance, prices dropped notably this week), but some energy experts predict oil prices could increase if buyers continue shunning Russian crude. While Russian oil constitutes only 4 percent of US imports, prices are determined on a global scale, where Russia is the world’s third largest producer of crude oil and supplies 11 percent of global oil consumption.

But how much is the spike in gas prices affecting Californians? Average household earnings compare favorably with gas prices over the longer term: when we scale gas prices by average hourly earnings, gas prices are still below rates before and during the Great Recession. In fact, gas prices today are similar to what they were a decade ago, when accounting for inflation.

However, California families were already facing notably higher prices in key budget areas before the gas price hike, especially lower-income families. Rising gas prices may further constrain lower-income families. The bottom quintile of families by income level spend 16% of their income on gas and fuel compared to 8% for the second-lowest income group or 2% for the highest-income group.

Some consumers will shift away from purchasing gas while prices are high, like those who can choose to work remotely or forego leisure activities that rely on driving. For the lowest income families, however, limited budgets may mean such shifts are not an option or could have little impact. For instance, at December 2021 prices, the lowest-income group spent about $1700 on gas for transportation compared to $4500 for the highest-income group.

In light of shifting prices, state policymakers are considering approaches to mitigate the direct and indirect effect on consumers. During the State of the State, Governor Newsom proposed tax relief to ease some of the hardships Californians are experiencing; legislative leaders on both sides of the aisle have also proposed solutions to address rising gas and other prices.

It is not yet clear how plans will take shape. But because higher-income families spend more on gas, they would receive the largest benefit if the state instituted a gas tax rebate or tax holiday on a simple per-gallon basis. A more targeted approach, such as direct relief to lower-income households, could benefit those Californians who are least able to absorb today’s increase in gas prices. Targeted relief may also avoid further inflation, a pitfall in broad-based approaches.

How Did California’s Economy Recover from COVID—and What Comes Next?