Mark Baldassare, Ellen Hanak July 26, 2017
NEVER MISS AN UPDATE!
Sign up for our blog alerts to receive insights from PPIC by email. 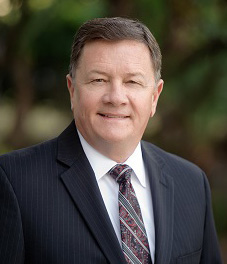 Former state senator Dave Cogdill’s death this week at 66 leaves us saddened for his family and friends and appreciative of the many ways he served California as a public servant and policy leader. Among his many efforts to address the state’s various policy challenges, Dave was a valued friend and trusted advisor to PPIC and a respected member of the PPIC Water Policy Center’s advisory council. We will greatly miss his contributions.

Dave served three terms in the state Assembly and was the Senate Republican leader from 2008–09. He also served as commissioner on the California Water Commission, assessor for Stanislaus County, chairman of the Maddy Institute at Fresno State University, and most recently as president and chief executive officer of the California Building Industry Association (CBIA).

Dave wasn’t afraid of taking on tough issues or working across the aisle. In 2010, he was awarded the Profile in Courage Award from the John F. Kennedy Library Foundation for his work on the 2009 California budget crisis. He took on the daunting issue of water with diligence and determination, playing a key role in the passage of a bipartisan package of reforms in 2009 that included the Delta Reform Act, bills to improve water use measurement and efficiency, and a water bond to support various programs, including new water storage.

“Dave negotiated some of California’s biggest water legislation ever, over two administrations,” said Deborah Gonzalez, PPIC’s director of government affairs, who worked with Dave on various policy initiatives over the years. “Water bonds are hard to negotiate under any circumstances, but he carried this one through two different governors and in true bipartisan fashion. He was instrumental in getting it passed.” The water bond that Dave helped craft was ultimately approved by voters in November 2014. Applications for state matching grants for storage projects—a priority for Dave—are due to the California Water Commission this August, with decisions due early in 2018.

At CBIA he took on the challenge of expanding housing supply to meet the needs of a growing state and made a strong effort to ensure that California’s new homes would be as water efficient as possible.

We’re thankful we had the opportunity to work with Dave.

Read our interview with Dave on making homes more water efficient.
Read an obituary of Dave Cogdill in the Fresno Bee.