Providing Safe Drinking Water in the Face of Disasters: Lessons from Lake County

Climate change is already affecting water management across the state. Small rural communities with ongoing drinking water challenges are especially vulnerable to greater extremes brought on by a warming climate. We talked to Jan Coppinger, a special district administrator from Lake County, about how the county’s small water systems have dealt with an especially devastating string of natural disasters. 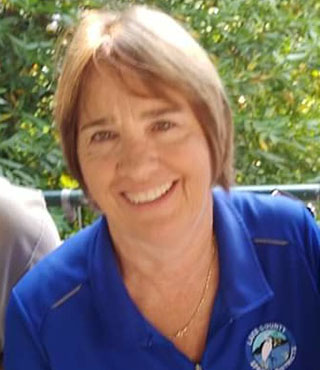 JAN COPPINGER: The county is predominantly rural, geographically diverse, and home to a number of small, disadvantaged communities and tribes. As towns in the county were developing, they built small, isolated water systems. We now have almost 100 public water systems, and some are barely getting by. The county tried to encourage consolidation of smaller systems into bigger ones in the late 1980s. Two major consolidations took place at that time: one that merged 41 small suppliers to create the North Lakeport water system—which today is one of our strongest, best water systems—and one that combined 15 systems. The county did feasibility studies on other potential consolidations, but these were met with opposition from local communities, so the issue was dropped altogether until recently.

Over the past several years, a string of natural disasters has kept Lake County in a constant state of emergency. It started with a drought, followed by two massive wildfires, which burned more than 60% of our county. The burn scars made the floods of 2017 and 2019 especially devastating. The 2015 Valley Fire destroyed thousands of homes and eight water systems. One small water supplier—Starview Water System—had 151 customers before the fire and only 14 afterward. Following these disasters, consolidation became a way to get some of the devastated water systems back up and running. We have had success with consolidating and rebuilding nine water systems in the Cobb Mountain area in the last couple of years.

PPIC: Consolidation is a big undertaking. What is the most important lesson from Lake County’s efforts?

JC: It’s a very complicated process, and in most cases, outside technical assistance is needed. We have two other areas now looking at consolidation, and we’re having a hard time identifying which of the small water agencies can take the lead in the process. The agencies are willing but they don’t have the managerial or technical capacity.  We have gotten support from the State Water Board and non-profit partners like the Rural Community Assistance Corporation (RCAC) to walk them through it. Financial assistance is another barrier, because consolidation can be expensive. The costs really vary. For the Cobb Mountain project, the feasibility study alone cost $250,000. We’re probably talking around $21 million for the entire consolidation. In that case, we had to bring some of the small systems up to code, and repair significant damage from the fire.

PPIC: How can small systems best prepare for natural disasters and climate change?

JC: Building physical connections to other systems and sharing resources is critical. Small systems need a backup supply to handle disasters—and because sometimes even the backup burns, they may need a backup to the backup. For instance, in the aftermath of the Valley Fire, the county invested $1.7 million to rebuild the Starview Water System, and connect it to other small systems in the Cobb Mountain area. The floods in early 2019 took out the roads, the culverts, and the brand new water system we built.

I never dreamed that entire water systems would burn to the ground. When I describe what has happened to small water systems in our area from these disasters, it really opens people’s eyes. Educating the people running these small systems has helped change minds about consolidation, in Lake County and across the state.