Regulating Marijuana as a Crop 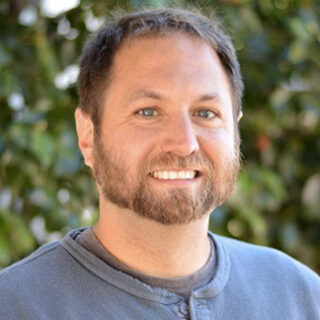 In the 20 years since marijuana was legalized for medical use in California, it has become an increasingly legitimate crop in the state’s agricultural landscape. Yet despite relatively steady progress in moving marijuana cultivation out of the shadows, important questions remain about the crop’s impact on water and the environment, and whether the state can regulate these issues successfully.

Last year the state legislature passed laws designed to regulate medical marijuana production. Should Californians vote to legalize recreational marijuana use this fall, the state will need to take an even more active role in regulating production, as argued in a recent PPIC report.

Marijuana growing has yet to move to large-scale production, but that could change with shifts in state or federal laws. Both the total amount of marijuana produced and number of cultivation sites are difficult to estimate. An often cited but uncertain estimate is that California has about 50,000 cultivation sites. A recent effort to map grows in Humboldt County suggests that most have less than 100 plants and typically cultivate less than one acre. These small grows are usually located far from improved roads and often scattered on steep slopes. Currently, only 7 percent of grows in Humboldt County are on what could be considered prime agricultural land.

The biggest environmental concerns regarding marijuana cultivation—or any agricultural commodity, for that matter—are water use, deforestation, and water pollution. Given the small size of most grows, marijuana production currently does not appear be a major driver of deforestation in California, although building access roads may cause erosion and fragment wildlife habitat.

And although it has been reported to be a thirsty plant, recent estimates of marijuana’s water use in Humboldt County—one of the state’s biggest growing areas—suggest that under 2,000 acre feet a year is used for that county’s entire crop. This is enough to irrigate about 400 acres of almonds (for scale, California currently has more than a million irrigated acres of almonds). Some water used for marijuana irrigation comes from headwater streams that are home to sensitive species, and water use tends to increase in the fall when these watersheds are most stressed. If the crop were to be widely grown in drier areas, water impact might increase. Recent proposals for large marijuana greenhouse operations in Southern California desert communities also raise questions about water supply.

State regulations have recently given regional water quality boards and county governments better tools to manage marijuana growing. The North Coast Regional Water Board has adopted regulations requiring all marijuana operations over 2,000 square feet to enroll in a program requiring monitoring and potential cleanup for water discharge and diversions at existing marijuana operations. Humboldt County has introduced one of the state’s first land use ordinances for marijuana production, which limits cultivation size based on zoning type and square footage of the parcel.

The legal market for marijuana in California is likely to expand, especially if voters approve recreational use this fall. This presents both opportunities and challenges. The state can establish rules that make access to the market contingent upon following environmentally responsible and water-smart growing practices. The challenge is that for the regulations to be meaningful, they must be enforced. State and county officials will need to monitor the location of grows and practices, and collect information that can guide future policies to effectively reduce the crop’s impact on land and water resources. Accomplishing that will require adequate time and staff.