Governor Newsom has proposed creating a state individual mandate to help fund increased health insurance subsidies for low- and middle-income Californians. One of the major reforms ushered in by the Affordable Care Act, the federal individual mandate—which was rolled back in the federal tax bill passed in 2017—required most individuals to have comprehensive health insurance or pay a tax penalty. The governor’s administration projects approximately $500 million in revenue from the mandate, based on the total amount paid by Californians in 2016.

As the governor and legislature consider a state mandate, it’s worth examining which Californians paid the federal mandate penalty. 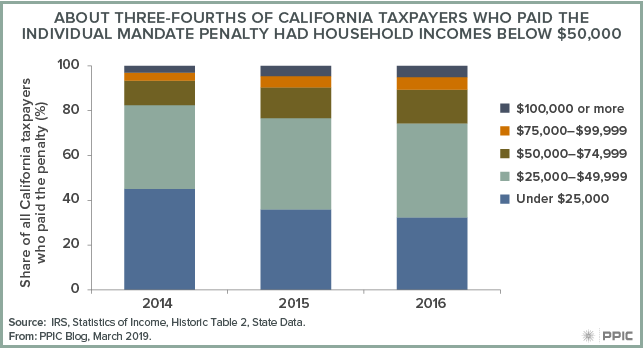 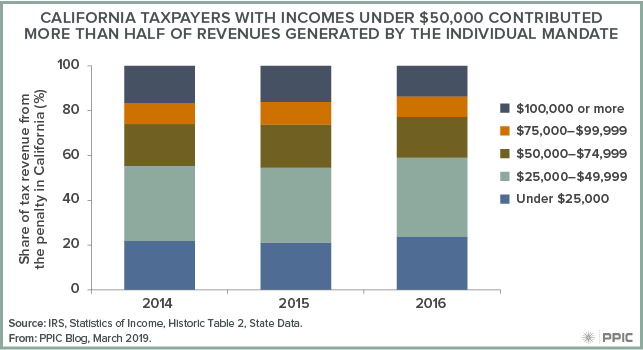 In an otherwise progressive state tax structure, the implementation of the federal mandate disproportionately affected low-income Californians. There’s also evidence that some Californians paid the penalty even though they should have been exempt. If the state revives the mandate, the governor and legislature should consider how to improve awareness about eligibility and exemptions so this problem can be avoided. At the same time, reducing the number of people paying the penalty also means that the governor’s revenue estimate may need to be lowered. As policymakers engage in discussions over a state individual mandate, assessing who bears the burden of the tax and who benefits will be an important consideration.

How Might the Supreme Court ACA Case Affect California?