Setting Aside Environmental Water for the San Joaquin River 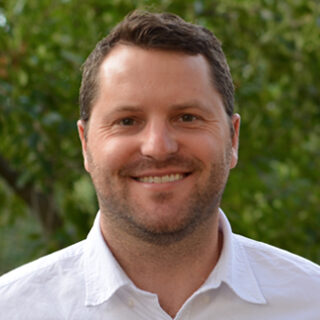 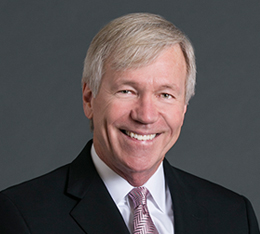 Protecting the health of California’s rivers, estuaries, and wetlands has been the grandest—and perhaps thorniest—of the many challenges facing the state’s water managers. The San Joaquin River watershed, the state’s third largest and an important water source for irrigating farmland in the San Joaquin Valley, epitomizes this challenge. Yet California is making progress here, bringing a glimmer of hope.

If we can find a way to restore the health of San Joaquin River while preserving the region’s social and economic vitality, we can do it anywhere in the state.

The San Joaquin River and its tributaries—the Merced, Tuolumne, and Stanislaus Rivers—have for decades been at the center of the state’s running controversy over water allocations to the environment. Most of the flow of these rivers is diverted for farms and cities, water quality is highly impaired, and much of the historic habitat has been lost. Many native species are on the brink of extinction, including iconic runs of Chinook salmon and steelhead.

Despite promising efforts to reintroduce spring-run Chinook salmon to the mainstem and improve physical habitat, the most intractable issue remains how much water to allocate to the environment. This challenge is compounded by the need to improve water quality and ecosystem conditions downstream in the Sacramento‒San Joaquin Delta, which relies on flow from the San Joaquin, and the requirement that groundwater basins in the San Joaquin Valley end their historic overdraft. Both put great pressure on the San Joaquin and its tributaries as a source of water.

In December 2018, the State Water Board updated flow requirements for the river to comply with state and federal water quality laws. The controversial plan requires water users on the tributaries to release or bypass an average of 40% of unimpaired flow (the flow that would occur if there were no dams or diversions) from February to June to support salmon migration and habitat. This decision effectively doubles the amount of water allocated for the environment—an amount viewed as much too much by the water user community and far too little by the environmental interests.

In response to calls from Governors Brown and Newsom, the board suspended implementation of its order to allow time for parties to negotiate voluntary agreements that would meet the new standards. These negotiations stalled earlier this year, but interest has recently revived.

We recommend that negotiations over the San Joaquin tributaries build upon the board’s December 2018 order. Here’s why.

In a series of recent PPIC reports we argue that water allocated to the environment should be targeted at restoring specific ecosystem functions. Using functional flows—which mimic the seasonal components of river flow that sustain the biological, chemical, and physical processes upon which native freshwater species depend—is especially important in highly altered river systems like the San Joaquin. In our view, the best way to implement these flows is by setting aside an ecosystem water budget for the environment, which functions like a water right and can be flexibly and adaptively managed. In addition, strategic investments in physical habitat—both in river channels and on floodplains—will make more effective use of this water.

Although many water users have criticized the board’s unimpaired flow methodology, a closer reading of the revised water quality plan shows that it can be flexibly implemented using functional flows. The plan allows the volume of water set aside by the unimpaired flow standard to be managed adaptively to meet biological objectives. In other words, although the board does not use this term, this is effectively an ecosystem water budget. In addition, the new policy creates incentives for investments in physical habitat that may ultimately lead to reductions in the amount of water needed to achieve those goals.

The new standards fall short in many ways.  Notably, they do not provide sufficient flexibility in how the ecosystem water budget can be managed, and there are gaps in key areas such as governance, accounting, planning, and integration with groundwater management. But the plan creates a foundation for innovative management of water for the environment.  These issues—as well as whether water set aside for the environment is too much or too little—are worthy topics to address in negotiations.

Solving the challenge of ecosystem management in the San Joaquin River system is critically important—not just for this system, but for managing rivers throughout the state. For these reasons, we encourage the parties to the negotiations to build on the 2018 revised plan rather than attempt to reinvent it.

Making the Most of Water for the Environment: A Functional Flows Approach for California’s Rivers