Should Marijuana Be Legal? 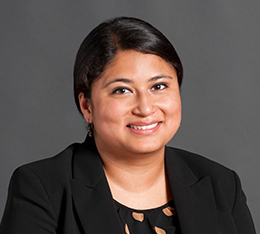 As advocates of marijuana legalization consider another ballot measure in California, how do residents view the issue today?

Currently, our new PPIC Statewide Survey shows that Californians are split: 49 percent favor legalization and 47 percent want to keep it illegal. Last September for the first time a slim majority of residents—52 percent—said they were in favor of making marijuana legal.

Likely voters are more supportive of legalization, as they have been since we first asked about legalization in 2010. Today, 53 percent are in favor and 44 percent are opposed.

There are stark differences across parties and demographic groups on this issue. Majorities of Democrats, independents, whites, blacks, residents with at least some college education, Californians age 18–34, men, and residents in the San Francisco Bay Area and Inland Empire favor legalization. Opponents include majorities of Republicans, Latinos, residents with a high school degree or less, women, and those age 35–54, parents with children age 18 or younger, and Californians living in Los Angeles and Orange/San Diego Counties.

There are divisions, too, among the state’s leaders. Governor Brown and Senator Feinstein have recently expressed reservations about legalization, while fellow Democrat Lt. Governor Gavin Newsom disagrees.

Nearly four years ago Proposition 19—which would have legalized marijuana and allowed it to be regulated and taxed—failed in California by 6 points (47% yes, 53% no). Today, other states are considering following the lead of Colorado and Washington to legalize. It’s clear that the issue is not going away in California—the first state to legalize medicinal marijuana nearly 20 years ago.

Looking at the demographic divisions in California, it will be interesting to see what strategies proponents and opponents use the next time the issue makes the ballot.