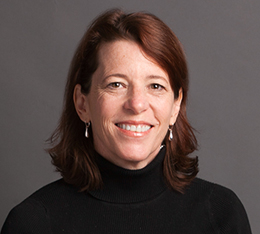 The Public Policy Institute of California is hosting a public event in Sacramento to commemorate the election of the first women to the California Legislature in 1918. Today, with Toni Atkins as the first woman in the powerful position of senate president—and in the wake of the capitol’s sexual misconduct scandals—we want to offer some reflections on the status of women in California’s statehouse.

But the predominance of women voters is not reflected in the composition of the California Legislature. After the path-breaking elections of 100 years ago, the following decades saw relatively few women serving in the assembly. And it wasn’t until 1966 that women of color won assembly seats. A decade later, the first woman was finally elected to the state senate. The top two leadership roles in the assembly and senate were filled even more slowly. No woman held the assembly Speaker position until 1995—and that was for only three months. The next woman Speaker wasn’t elected until 2008.

Legislative term limits—passed by voters in 1990—were partially conceived as a path toward increasing diversity in the statehouse. But in the nearly 30 years since—an era that has been defined by California’s increasing ethnic and racial diversity, and Democratic leanings—there has been little change. The proportion of women in the legislature has ranged from a low of 18% in the 1991–92 session to a high of 31% in the 2005–06 session; overall, the average has hovered around 25%. A slew of recent reforms such as independent legislative redistricting, the top-two primary, and additional legislative term limit reforms—as well as efforts to encourage voter registration and voting—have had little impact.

The lack of gender diversity in the California Legislature raises serious questions about the effects of political representation. What is the impact of the gender gap on equitable and effective policymaking? What are the greatest barriers for women in political careers? Will electing more women to legislative office provide inspiration and pathways for others—and help to build a more inclusive culture? One thing is certain: California’s current gender gap has consequences for the ability to recruit and retain top talent in the legislature today.

Redistricting and the Changing Demographics of the California Legislature

Video: Celebrating 100 Years of Women in the California Legislature