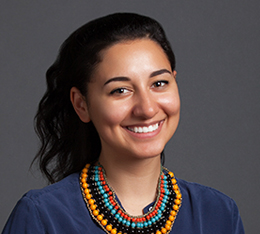 The landscape of developmental (also known as remedial) math at California’s community colleges has changed dramatically in recent years. With the passage of Assembly Bill 705, community colleges will be required to maximize entering students’ likelihood of completing college-level math and English within a year. This is a critical goal. Our research has shown that developmental course sequences are lengthy, delaying students’ academic careers and sometimes affecting their ability to advance to college-level coursework.

The new law goes into effect in fall 2019, but many colleges have already started implementing reforms to improve the accuracy of placement into developmental education and to shorten developmental sequences while making them more relevant to students. In the 2017–18 school year, 83% of community colleges offered new developmental math courses in addition to or in place of traditional courses. Example course reforms include:

However, the availability of these new courses varies greatly within colleges and across the state. As illustrated in the map below, for every 100 traditional math courses offered in each region of California, less than 50 reform courses are offered, indicating that on the whole reform courses are still not as available as traditional courses. Moreover, reform courses tend to have fewer sections, which further limits enrollment.

Although some California community colleges have already implemented developmental math reforms, overall, these efforts have reached only a small fraction of the students that could potentially benefit. Math guidelines for AB 705 are still pending, but the legislation may offer the leverage needed to implement effective reforms at scale and dramatically improve student completion of college-level math courses.