PPIC welcomed two dynamic California leaders to its board yesterday. Each has made exceptional contributions to our state. Together, they bring a wealth of leadership experience, a strong record of public service, and a deep understanding of our unique state. They will be invaluable assets to PPIC as we work to shape a better future for California. 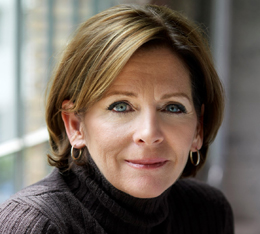 Karen Skelton is founder and president of Skelton Strategies, a boutique political and strategic consulting firm. For more than 30 years, she has worked within the private and public sectors to design campaigns that require political, legal, and communications skills to shape policy. She has experience in a range of subject matters, including a passion for policies focused on climate change, economic equality, and transportation.

Karen has managed some of the most complex and entrepreneurial projects in the nation for presidents, vice presidents, governors, CEOs, and foundations. For almost a decade, she was CEO of The Shriver Reports, a nonprofit media initiative examining seismic societal shifts currently affecting American women and families. She spent about a decade in Washington, DC, working in the Clinton/Gore administration at the White House and the US Departments of Justice and Transportation, and another decade managing a national public affairs firm, building it from scratch with a DC-based partner into a multimillion-dollar business. She holds a BA in English from UCLA, a master’s degree from Harvard’s Kennedy School of Government, and a JD from the UC Berkeley Law School. 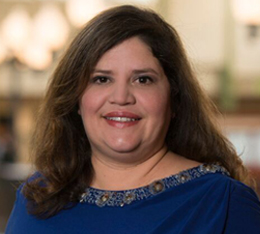 Helen Iris Torres is CEO of Hispanas Organized for Political Equality (HOPE), where she leads one of the state and nation’s most influential Latina organizations. She has been instrumental in the development and implementation of the HOPE Leadership Institute (HLI), a program that prepares Latinas for their next level of civic participation.

Helen currently serves on the California Latino Economic Institute, a group of business leaders formed to advise the California Latino Caucus. She also serves on the community advisory board for Wells Fargo. Previously, she participated in various commissions under Governor Gray Davis, Governor Arnold Schwarzenegger, and Governor Jerry Brown. She is also a sought-after speaker on women’s issues and an advisor to projects such as The Shriver Report: A Woman’s Nation Changes Everything. She is featured in Life Moments for Women, a book supporting the Women’s Foundation of California. She has been recognized by the Los Angeles Dodgers as a “community hero” and by Hispanics in Philanthropy for advocacy work on behalf of Latinas. Her story was part of a California State University oral and public history exhibit titled “Voces de Liberacion: Latinas in Politics in Southern California.”

PPIC also extends heartfelt thanks to two distinguished long-time board members, Ruben Barrales and Donna Lucas, who are stepping down today. Both provided 12 years of outstanding service, offering exceptional oversight, guidance, and support to the institute. Donna served as board chair for three years of her term, while Ruben contributed to key committees. Both continue to serve on the PPIC Statewide Survey Advisory Committee. We will be forever grateful for their extraordinary efforts on behalf of PPIC.