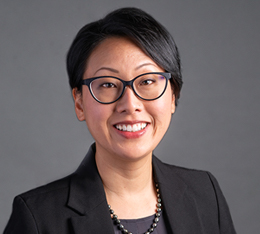 In recent years, air pollution from California wildfires has been over 120 times greater than pollution from traffic. Exposure to the fine particles in this type of pollution exacerbates conditions like childhood asthma, a chronic disease that disproportionately affects low-income children and contributes to student absenteeism. Today, up to half of fine particulate pollution in the western US may be due to wildfire smoke.

Exposure to air pollution is already a concern for children’s health, and a sizable link may exist between academic achievement and air quality. Therefore, it is crucial to consider how air quality contributes to socioeconomic disadvantage, given that unhealthy air varies across regions and that lower-income communities and communities of color are exposed to it more often. 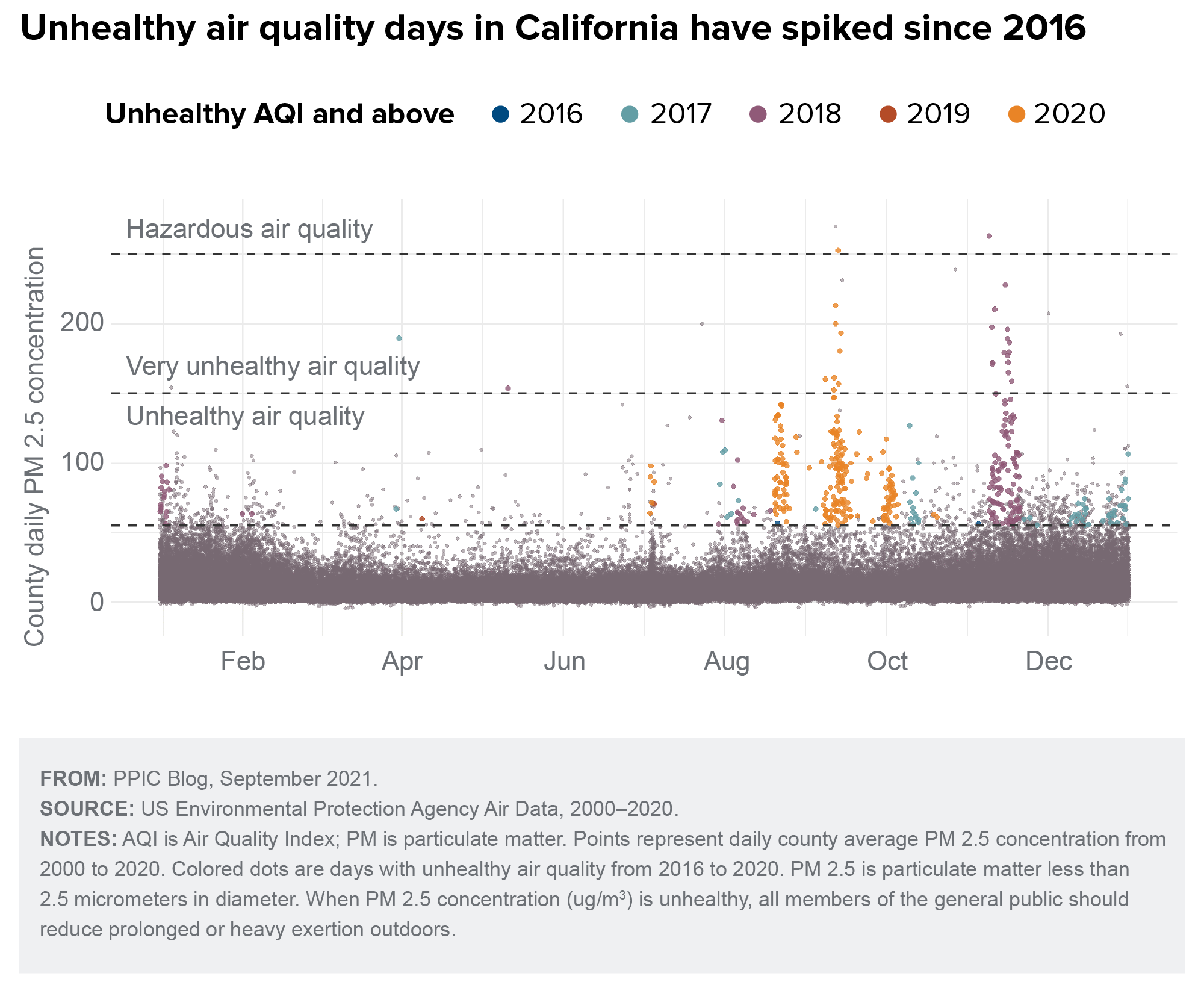 In recent years, the highest-poverty school districts experienced slightly worse air quality, at roughly 15% higher concentrations of unhealthy particles than in the lowest-poverty school districts. However, the average concentration obscures large but infrequent spikes in air pollution. Looking instead at the number of unhealthy days districts experience, we find that both high- and low-poverty districts’ experiences are similar: seven to eight unhealthy days on average per year. In other words, while children in higher-poverty schools are more exposed to unhealthy particles, unhealthy air affects children of all poverty levels. In 2020, a family of four with two children was in poverty if they had incomes less than about $26,300. The figure below splits districts into quartiles based on how many families have incomes at or below this level. 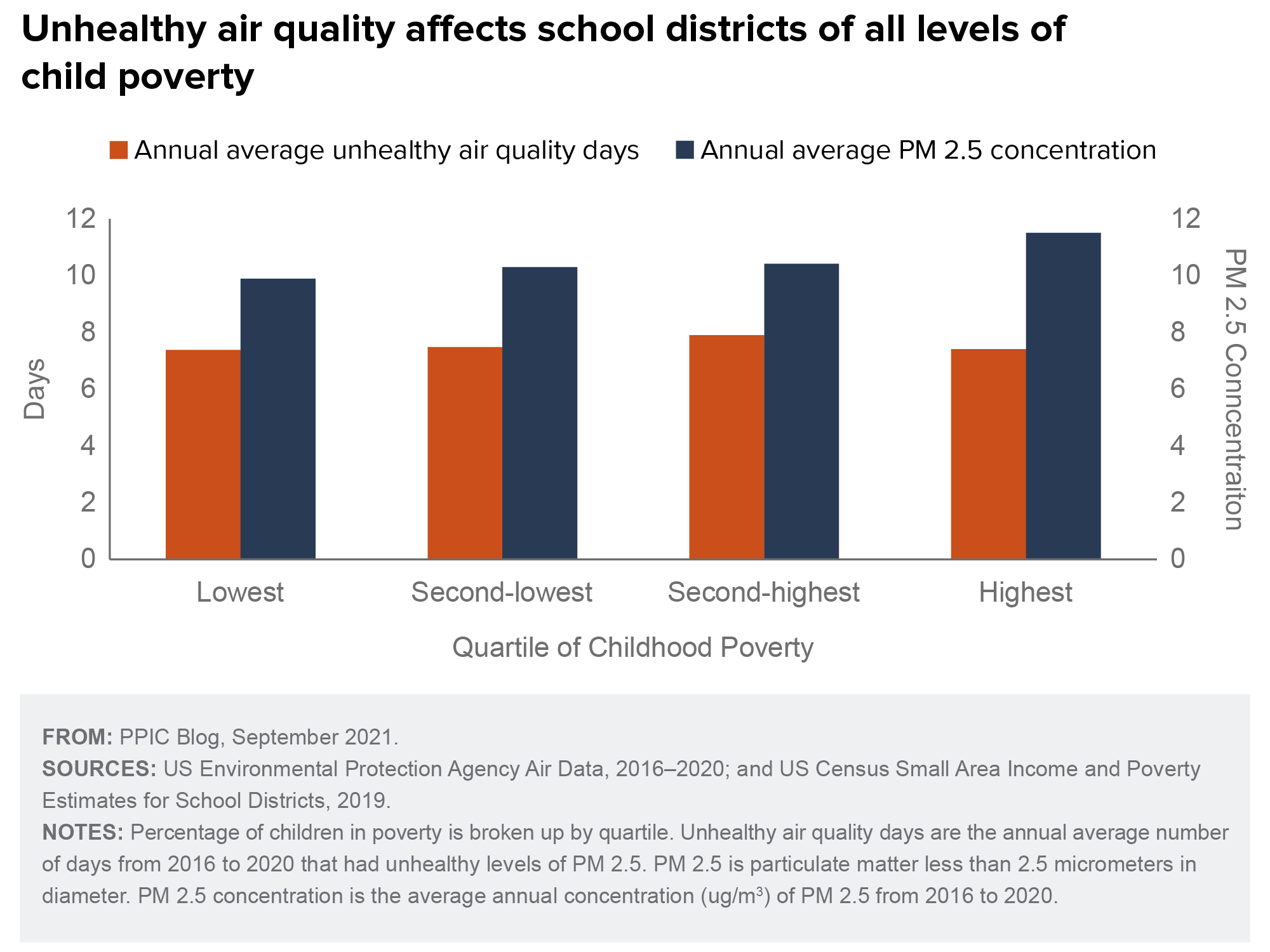 The documented link between academic achievement and air quality could signal new academic challenges for schools in the Central Valley and the Bay Area, the regions most affected by more frequent and severe unhealthy air quality. Unhealthy air quality days were most frequent in the San Joaquin Valley, but the Bay Area had the most striking increases—33 unhealthy days per year on average since 2016, compared to only 6 per year from 2000 to 2015. 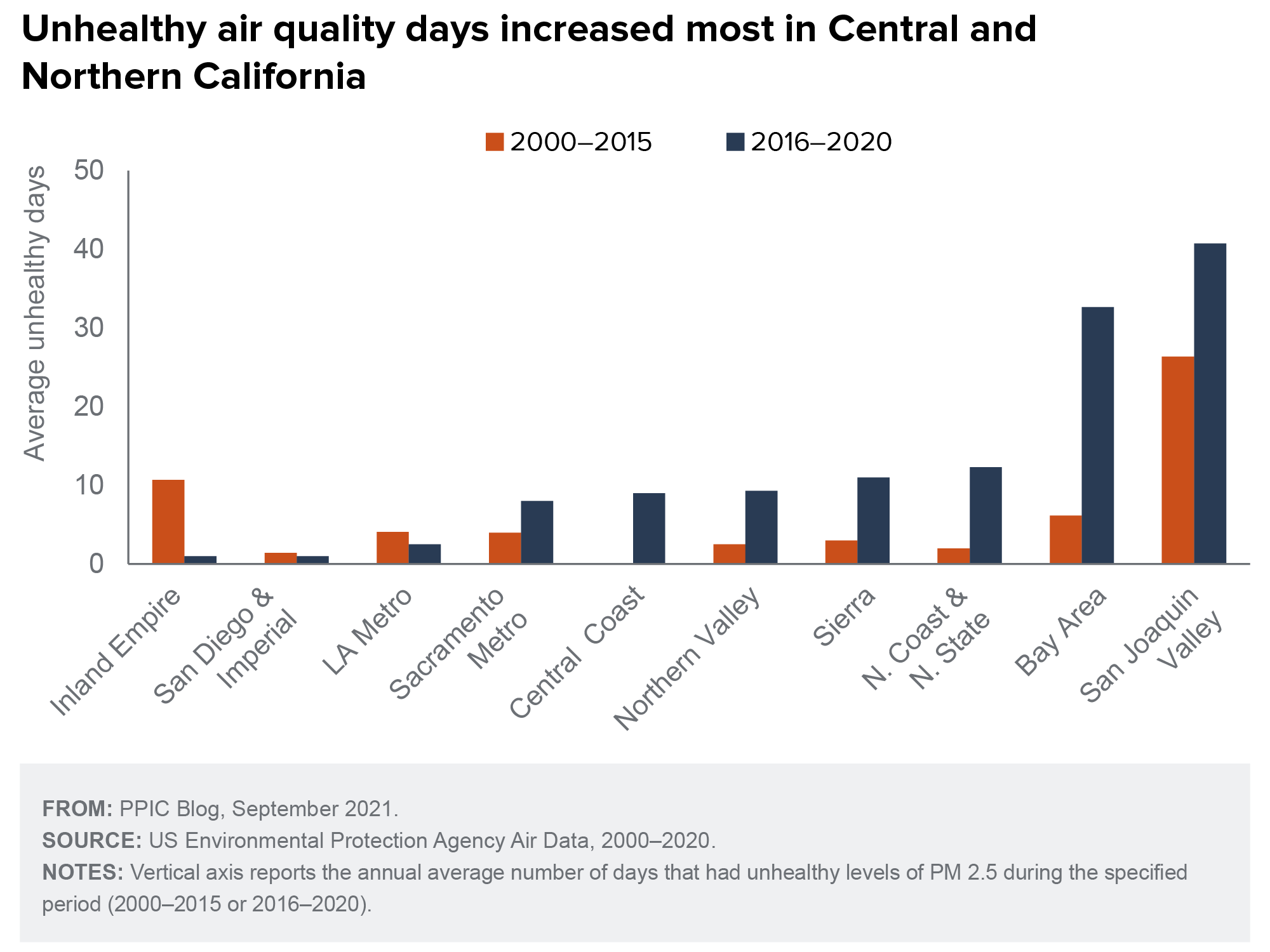 Furthermore, if California’s wildfire seasons continue to intensify, policymakers will need to take measures to protect indoor air quality and mitigate health effects for children from exposure to unhealthy air. Failure to do so could have long-term implications on the health and academic success of the next generation of Californians.

The Digital Divide Has Narrowed but Still Affects California’s Children