What the Unemployment Rate Doesn’t Show Us 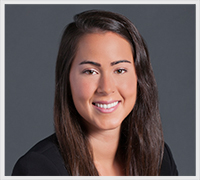 California’s unemployment rate is 7.2%, down from 8.4% one year ago and from California’s peak of 12.4% in 2010. California is adding jobs faster than the nation as a whole and now has more jobs than before the recession. Also, the ratio of employment to population is slowly increasing, a sign that more people are reentering the labor force. However, behind these oft-cited statistics, the picture is more complicated.

While California’s economy is improving, the recovery has not been strong or fast enough to keep up with the growth in California’s working-age population. Additionally, the recovery has been uneven across sectors and metro areas, and the unemployment rate is still higher than it was before the recession began. According to the Bureau of Labor Statistics, California has the third-highest unemployment rate in the nation—only Mississippi and the District of Columbia have higher rates. In numerical terms, 1.35 million Californians are looking for work—and more than 35% of them have been looking for at least six months.

High as it is, the unemployment rate does not account for the 7% of California adults who are underemployed—working part-time when they’d rather work full-time. Nor does it count “discouraged and marginally attached” workers—those who have stopped looking for work because, for example, they think there are no jobs available or they don’t have the skills for available jobs. When discouraged and underemployed workers are added to the ranks of unemployed, California’s rate of un- and underemployment (or labor underutilization,” the term used by the Bureau of Labor Statistics) comes to 15.4%—8.2 points higher than the official unemployment rate. In fact, California’s underutilization rate is the second highest in the country (only Nevada’s is higher). Based on underemployment rates, we know that growth is needed not just in the number of jobs but also the number of full-time jobs.

Education is the most important factor in determining who is employed—and fully employed. Workers with college degrees are less likely to be unemployed, underemployed, or to have stopped looking for work. These workers fared better during the recession, an indication that education can be a buffer against the bust cycles of our economy. And education is likely to be increasingly relevant in our future economy: more than two-thirds of new jobs over the next 10 years or so will require at least some college training.

State and federal policymakers are making some investments in training resources for California’s workforce—the California Career Pathways Trust and the federal Workforce Innovation and Opportunity Act are two good examples. The challenge is to do more to ensure that current and future workers are trained for the jobs of both today and tomorrow.