Why Is the Delta Starving?

The Sacramento–San Joaquin Delta is one of the most-studied ecosystems in the world—and one of the most degraded. We spoke with PPIC Water Policy Center adjunct fellow and senior scientist emeritus James Cloern about his new study, which estimates just how much primary production (the largely photosynthesis-driven process that forms the base of the Delta’s food chain) has been lost—and how the state might restore some of it. (Register here to hear him talk about the study at a virtual brownbag on August 24.) 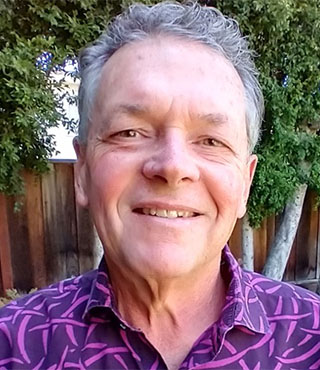 Tell us a little bit about your new study.

This project started seven years ago, when I heard a talk at the San Francisco Estuary Institute (SFEI). SFEI had compiled information about the historical Delta landscape, compared that with the modern landscape, and found it had totally transformed. The inland Delta system was once a large wetland complex of over 2,000 square kilometers, most of which was marsh. The tidal marshes were inundated at high tide twice a day, and non-tidal marshes were inundated during high-flow years and high-flow seasons. But 98% of the marshes have been lost since the early 1800s.

We’ve got these wonderful metrics of land use change, but what do they mean ecologically? SFEI thought that was a good question to ask, and the study was born.

Wetlands are magical places where land and water meet. They are exceptional in biodiversity, supporting some 20,000 species of plants and animals worldwide. Humans have transformed wetlands even more than forests and grasslands: our conversion of forest and grassland has led to a 25% loss of global primary production for terrestrial species. We’ve lost wetlands to an even larger extent, but we didn’t know anything about the loss of primary production in wetlands. This was the first study to examine this.

Our approach was really simple. We knew from the SFEI studies how many acres of connected wetland habitats had been lost (77%). We found that 94% of historical primary production has been lost because of landscape transformation. OK, so how did a 77% loss of wetland habitat lead to a 94% loss of primary production? The key is that we have lost virtually all of the high-productivity marshes while increasing the area of lower-productivity open-water habitats.

The Delta plan includes restoration targets—are they enough to reverse the losses?

When we started working on this project, I was only interested in historical changes in the Delta. My colleagues said that we have to go beyond that; this is an era of restoration and we need to think about the future. And of course they were right. The state has specific targets to restore over 30,000 acres of tidal marsh; they have other targets for non-tidal marsh and floodplain habitat. With a time horizon of 2050, our calculations suggest that if we’re successful, we can recover about 12% of lost primary production and double or triple the food supply to wetland-dependent species in the Delta.

What changes would you like to see, and what gives you hope?

In 2013, Ellen Hanak and I published an essay titled “It’s Time for Bold New Approaches to Link Delta Science and Policymaking.” We identified three reasons why it’s been so difficult to halt the continuing degradation of the Delta ecosystem. First, this is a complex scientific problem, and we need tools to understand the interaction of the many different drivers of change. Second, there’s a cultural divide between the scientific community and those who rely on science to make difficult management decisions. Third, we face institutional fragmentation—there’s no institutional structure to coordinate the production and application of scientific information.

Nearly a decade later, these grand challenges persist. We have not invested nearly enough in synthesis science or integrative modeling. We continue to manage the Delta from a single-stressor perspective (for example, just flow), failing to consider the cumulative effects of landscape change, nutrients, emergence of non-native species, sea level rise, and now unprecedented heat waves and multi-year droughts.

But here is what gives me hope. We have taken steps toward a common-pool approach to Delta science, in which all parties set the agenda and fund research. An example is the Delta Science Program’s Science Action Agenda. And the Delta Science Program is, correctly, promoting investments in forward-looking science based on the cold reality that the Delta will not stop changing. I’m also encouraged by investments in its Fellowship program that has become an important training ground for early career researchers committed to doing science that makes a difference.

An Alternative Approach to Managing the Delta

Last Week’s Storm: the Good, the Bad, and the Inconclusive