Will Proposition 47 Save Money? 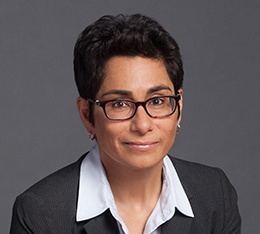 Earlier this month California voters passed Proposition 47, which classifies a number of drug and property offenses as misdemeanors instead of felonies or “wobblers” (wobblers may be charged as misdemeanors or felonies at the discretion of the prosecutor). Moreover, the new law—which went into effect November 5—permits offenders to file for resentencing, meaning that those who are resentenced could be released from jail or prison.

Based on limited data, the Legislative Analyst Office estimates that roughly 40,000 offenders per year will be affected by Proposition 47 and that total county and state savings associated with the reform may be in the “high hundreds of millions of dollars annually.” The bulk of the state savings will be aimed at reducing re-offending by providing funding for mental health and substance abuse treatment.

A clear short-term benefit of this reform is that it is likely to help the state meet the federally mandated reductions in the prison population by February 2016. The California Department of Corrections and Rehabilitation estimates that around 4,700 inmates are eligible to petition for release from prison under Proposition 47.

The greatest impact, however, might be at the county jails. Because of the 2011 corrections realignment reform, most of the lower-level offenders now covered under Proposition 47 are serving their sentences in county jail instead of state prison. Recent reports that focused on the proposition’s expected jail savings, using the LAO’s estimate of 40,000 affected offenders per year, put the local savings from the proposition somewhere between $400 and $700 million.

While substantial savings may very well occur from housing fewer inmates affected by Proposition 47 in county jails, a closer look suggests expectations may be too optimistic.

First, the data used to generate the LAO estimate of the number of affected offenders also show that about 30 percent of the convictions in 2012 did not result in jail time, but rather in a straight probation term. The largest share of convictions, about 41 percent, led to a jail term followed by probation. Only 11 percent of convictions resulted in a straight jail sentence. In other words, even though the data suggest that the estimated number of affected offenders is 40,000 annually, the potential number of convictions directly affecting the jail population would be roughly half that number.

Second, the estimated local savings from Proposition 47 are based on the assumption that newly freed jail beds will remain empty. Given that jail overcrowding in California compelled the early release of 71,000 sentenced offenders for the period between April 2013 and March 2014, this assumption may not hold. A likely response to the newly freed jail beds will be to refill them with inmates, who absent the proposition, would have been released early due to overcrowding. While using freed beds to reduce early releases may limit savings, it may also bring a new degree of integrity to sentencing and alleviate the public safety concerns associated with these early releases.

In the end, the Proposition 47 budget savings may fall short of projections—but the proposition may well bring other benefits, including fewer releases due to overcrowding. Furthermore, the passage of Proposition 47 means that offenders convicted of these lower-level offenses—who otherwise have a clean record—will be spared the stigma of a felony record. In this way, the proposition may ultimately lead to less re-offending because those charged under its new sentencing standards will have greater access to jobs and housing than they would if they had become convicted felons.