The Chief Justice of California Will Assume New Role in January 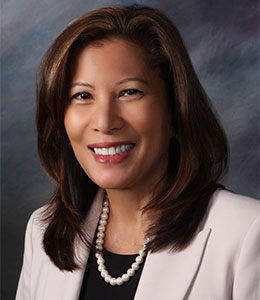 San Francisco, California – The Board of Directors of the Public Policy Institute of California today announced the selection of Tani Cantil-Sakauye as PPIC’s next president and chief executive officer. Sakauye, currently the Chief Justice of California, will assume her new role on January 1, 2023.

“It goes without saying that I and the members of the PPIC Board of Directors are absolutely thrilled that the Chief Justice will lend her extraordinary talents, expertise, and stature to advance our unique purpose and mission,” said Steve Merksamer, PPIC’s immediate past Board Chair who also chaired the CEO search committee. “PPIC’s role as a nonpartisan, independent, fact-based resource for policymakers and influencers in the state is more important than it has ever been and having a thoughtful, seasoned and experienced leader at the helm is critical. Tani Cantil-Sakauye is such a leader.”

Tani Cantil-Sakauye was sworn into office in January 2011 as the 28th Chief Justice of California, the first person of color and the second woman to serve as the state’s Chief Justice. The Chief chairs the Judicial Council of California and the Commission on Judicial Appointments. She has served for more than 20 years on California appellate and trial courts and has been appointed or elevated to higher office by three governors.

Cantil-Sakauye attended C. K. McClatchy High School and Sacramento City College before receiving her BA from the University of California, Davis, graduating with honors in 1980. After taking a year off to visit her ancestral homeland, the Philippines, the Chief Justice entered the UC Davis, Martin Luther King, Jr., School of Law. After receiving her JD, she worked as a deputy district attorney for the Sacramento County District Attorney’s Office. Additionally, she served on the senior staff of Governor Deukmejian, first as deputy legal affairs secretary and later as a deputy legislative secretary. Cantil-Sakauye announced her retirement from California’s high court in late July.

“I am both humbled and honored to have another opportunity to serve,” Cantil-Sakauye shared. “I understand this role will be different from my current one and yet I believe my skillset and experience have prepared me well for this task. I am fully committed to PPIC’s nonpartisan mission and efforts to improve public policy in California through independent research – without a thumb on the scale. After all, who can say ‘no’ to facts?”

“I couldn’t be more pleased to join my fellow board members in their unanimous support and enthusiasm over this announcement,” stated Chet Hewitt, PPIC’s newly elected Board Chair. “We were fortunate to be able to consider a deeply qualified and diverse group of individuals in a rigorous search process which commenced with outreach to supporters, donors and to PPIC staff. In the end, we’ve selected a CEO who has managed large organizations and budgets and a highly regarded leader who brings a track record of impartiality and a strong commitment to non-partisan research and analysis.”

PPIC’s current president and CEO, Mark Baldassare, announced his retirement plans in March. “As I shared when he announced his decision to retire, Mark has exceeded every expectation during his tenure and leaves us in an extraordinary place, financially and otherwise. We owe a great deal of gratitude to Mark for his contribution to PPIC and to the citizens of California,” said Merksamer.