Capacity-constrained releases have fallen since the passage of Proposition 47 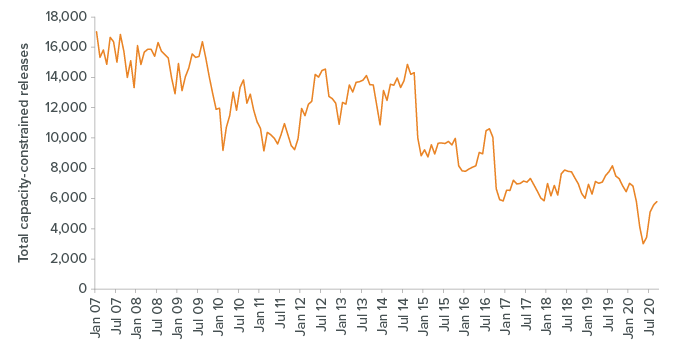 NOTE: Release figures include both non-sentenced and sentenced inmates.