Lori Pottinger June 20, 2018
NEVER MISS AN UPDATE!
Sign up for our blog alerts to receive insights from PPIC by email.

The Colorado River―a critically important water supply for seven western states, including California―has been in drought for nearly two decades. We talked to Bonnie Colby, a professor of natural resource economics at the University of Arizona and a member of the PPIC Water Policy Center research network, about conditions in the basin and next steps for improving shared management of the river. 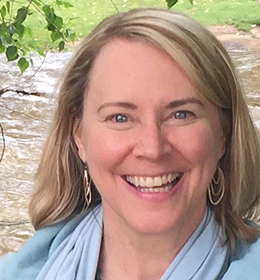 PPIC: What concerns you most about the river’s condition?

Bonnie Colby: We’re in a more difficult situation than in previous droughts because the major reservoirs—Powell and Mead—are so low. It’s unprecedented in my 35 years of working on water. Low reservoir levels increase the potential for conflict and make it harder to balance supply and demand. But our collective capacity to address these kinds of conflicts is growing as well.

Regionally, groundwater levels are falling dramatically from increased pumping during drought. That strategy brings hazards over time because river flows and groundwater are intricately connected, and overdrafting groundwater reduces water flowing into rivers. California is now working on groundwater sustainability, which is promising. Arizona has done a great job managing groundwater in heavily pumped areas (known as “active management areas”), but there are other places where groundwater use is not regulated to manage overdraft.

PPIC: What are your biggest concerns about current efforts to manage the river?

BC: There’s a fundamental conflict over who’s going to cut back on water use. Cities and environmental groups hope irrigated agriculture will use various proven strategies to free up more water for cities and the environment, giving up use of some of its water for fair payment. Some farmers are willing to cut back for a few years, but many are reluctant to do that indefinitely. No one can be sure whether this drought will extend for years or decades. The overall drying trend in the basin should alert us that the future will not merely repeat past drought patterns. Once we start reducing crop water use year after year in farming regions, it’s hard to maintain the agricultural economy and related infrastructure.

Delays in the “drought contingency plan” process are another concern. These plans lay out commitments by the states regarding specific steps to cut water use and help maintain reservoir levels during drought. Water conflict is a very hard puzzle to solve. It’s difficult to decide which groups will bear the economic pain and impact to their quality of life. If there are cutbacks for multiple years in a row, how drastically should cities be asked to reduce water use? How should we deal with water for golf courses, for farms? Until the states can finalize drought contingency plans, we can’t finalize a number of important policy agreements—for example, new agreements with Mexico over sharing the river’s waters.

PPIC: What are some positive things about the state of the basin?

BC: The state of Colorado has shown a lot of leadership in making arrangements with farmers to use less water without causing significant economic disruption. These on-farm collaborative arrangements are where the basin can make substantial progress. If we put farmers’ and irrigation district managers’ knowledge and experience to use through voluntary collaborative programs, we should be able to reduce farm water 5% while only seeing a 1% drop in farm income, with only minor effects on food and fiber production. Farmers won’t, and shouldn’t have to, do this at their own expense―compensation for farm income losses is necessary.

On another hopeful note, we’ve seen the conversation start to shift so that more people in the region see the river as a connected system, from its headwaters in Wyoming and Colorado to its estuary in Mexico’s Sea of Cortez. There’s more understanding about the importance of changes in snowpack patterns, long-term water scarcity, and other key issues. A better informed constituency is a very good thing for tackling basin-wide challenges.