A Look at California’s Safe and Affordable Drinking Water Gaps

The State Water Board recently completed a multi-year needs assessment of the state’s safe drinking water challenges. One big takeaway: more money is needed. The study identified a funding gap of $4.6 billion to resolve safe drinking water problems over the next five years. We talked to Greg Pierce—the study’s lead researcher and associate director of the UCLA Luskin Center for Innovation—about the findings. 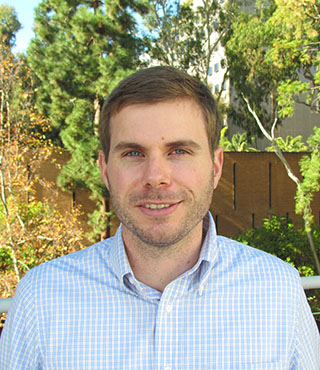 PPIC: What were the biggest takeaways from this effort?

GREG PIERCE: The study assessed public water systems currently out of compliance, public systems at risk, and communities served by very small systems, domestic wells, and tribal systems. Among the publicly regulated systems, we found that 326 were failing and 617 were at risk of failing. One thing that was a bit surprising was the regional variation in systems that are failing or at risk. Many of the state’s troubled systems are concentrated in the San Joaquin Valley, but we also found trouble spots across most of urbanized Southern California. We found very few problem areas in the Bay Area and Orange County.

We learned a lot about what it will take to solve these problems. While there has been a lot of talk about consolidating small, troubled systems into bigger ones, it won’t work for every system. The assessment found that 1:1 system consolidation—an approach that combines two systems—is an option for about 40% of domestic wells, but when you look at all types of public water systems, this approach is only practical in about 25% of cases.

A regional approach—for instance, consolidating several systems and wells at a time—can bring the costs of solutions down a lot. This involves joint efforts to build regional resilience in the water supply, pooling insurance, regional agencies and governments taking steps to share financial and staff resources, and facilitating larger systems taking responsibility for larger groups of small failing systems that are unable to manage their own. In addition, it’s going to be important to have better coordination with groundwater agencies going forward.

And in cases where consolidation doesn’t pencil out, we have to promote other solutions—including on-site water treatment at homes and businesses.

PPIC: Talk about systems at risk of failing. Why was it important to include them?

GP: These are systems that are currently meeting drinking water and affordability standards but where signs warn they may fail in the future. At-risk systems each have at least four warning signs and an average of six, out of 19 indicators. For example, on water quality, one risk factor is that their main water source regularly exceeds quality standards—while they’re able to treat it to prevent water quality problems, it’s still a risk. Past failures in providing safe water also add to their risk score. On affordability, indicators include the percent of a system’s population that can pay for a baseline amount of water, the percent that has experienced a shutoff, and whether the system’s water bills are 50%+ higher than the state average. The State Water board has committed to collecting more data on affordability in coming years.

These at-risk systems provide us with early information that allows us to flag systems and populations that could have water problems going forward, and address them before they fail. Tackling these problems before they get out of control brings health benefits, prevents governance crises, and is cheaper in the long run than emergency responses. For example, bottled water is the most common emergency water—it costs the state about $1.18/gallon to provide, which is extremely expensive compared to any of the long-term solutions we could use to fix these systems.

PPIC: What is the greatest hurdle to achieving safe and affordable drinking water for all Californians?

GP:  We’ve known for some time about the number of systems failing, and steps have been taken to start to address the problem. Our report clearly shows the state’s Safe and Affordable Funding for Equity and Resilience (SAFER) program, which provides $130 million annually over 10 years, is a great help—but it doesn’t go far enough to fill the gap we’re seeing. Political will has been growing to tackle this funding gap, and there are promising proposals by the Newsom administration, and potential for federal funding from the Biden administration’s infrastructure package. The broader question is, are we serious about ensuring the human right to water for every Californian?

But I’m encouraged that the State Water Board is being really transparent about this problem, and sharing a lot of the data it used in the effort. That’s unique across the US. And it’s leading to more awareness by the public about the issue and the need. It’s going to lead to better ways of tracking and supporting systems at risk, which can prevent these issues in the early stages and save money. This really is a landmark effort that should spur even more innovations.