At least one in 12 California homes is at high risk of burning in a wildfire. Rebuilding for a Resilient Recovery—a report released earlier this year—found that state and local land use policies are currently incentivizing rebuilding in the wildland-urban interface (WUI), rather than driving development away from fire-prone areas. We spoke with one of the report’s authors—Robert Olshansky, Professor Emeritus of Urban and Regional Planning at the University of Illinois at Urbana-Champaign—about the study. 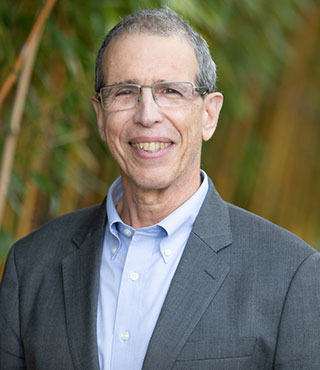 Why did you do this study?

Fire is costly in every possible way. We tried to delineate the various direct and indirect costs, but it goes on and on. Fire is part of the state’s housing crisis, because fires destroy homes and displace people: a fire can wipe out hundreds or thousands of housing units. Fire causes fiscal and financial problems for municipalities and the state, environmental problems for habitats, and insurance problems. Some insurers are considering leaving the state, and that’s reflected in everybody’s rates. And fire is a traumatic personal problem for people who’ve been affected.

Mitigation actions cost too, whether it’s home hardening, defensible space, controlled burns, fire breaks, better modeling, or firefighting. Wouldn’t it be better if we pulled back from the WUI and provided housing solutions in places that are more defensible and have more services?

Why is this issue important right now?

Climate change is causing more fires, which is causing displacement. Development in the WUI is a part of the problem—WUI residents are both potential fire victims, and a primary cause of fires. And while it’s not conceptually or politically difficult to stay out of fire-prone areas that aren’t already inhabited, it’s much harder to get out of places we’re already in. After a fire, a lot of people will say they want to rebuild, but many either don’t want to or can’t. What if we thought of that moment as an opportunity to provide other ways for people to recover and reestablish their lives? What policies and incentives might help?

In the report, you identify three different ways a community can build back after wildfire. Could you explain the three scenarios?

We brainstormed many possibilities and boiled them down to three alternatives: retreating, clustering, or maintaining the status quo. We wanted to think about their potential environmental and economic effects, and we needed to know how stakeholders and communities viewed these different approaches. We looked at three case studies in Paradise, Santa Rosa, and Ventura. We spoke to about 15 stakeholders for each case, talked to policy people at the state level, as well as local officials. We spoke to survivor associations, social service organizations—a whole variety of interests. We talked about how the recovery was going. Most importantly, we had a lot of discussions with stakeholders, and bounced “what if” questions off of them. If they ran out screaming, we’d know that policy wouldn’t work well.

What are some of the report’s most important policy recommendations?

The last thing you want to do after a disaster is force people to move somewhere else. Living in the WUI is a huge problem, but moving people can be an even more costly social problem, unless you can help them decide to move on their own.

We need to reduce vulnerability. Mitigation (like home-hardening, controlled burns, and creating fire breaks) saves money, and we can all reap the benefits. To help pay for this, we need a system to fund these mitigation measures. We could levy a statewide property insurance surcharge that goes to hazard mitigation and climate adaptation investments like paying for infill housing, incentivizing WUI dwellers to move, and/or buying lots and conservation easements after people move out. As another funding alternative, a mere 0.25% levy on the assessed value of existing dwelling units in high-fire-risk areas would generate $1.8 billion dollars a year—about the cost of proposals for vegetation management and the work of fire safe councils, which mobilize residents to protect their communities from catastrophic fires.

In addition, we need to improve funding for solutions after fire disasters strike. Right now, the post-disaster funding system overly emphasizes single family housing. We need better support for multifamily housing, the missing middle, and manufactured housing. We can offer tax incentives to households that relocate out of the WUI, and offer them attractive infill housing. But let’s not unfairly burden low-income people. Insurance should provide incentives to move but should not drive out people who are already on the edge financially.

And if we want to keep a lot where a house has burned empty, we’ll need funding to buy conservation easements so that as people move out, so that others don’t move in.

Will Drought Fan the Flames this Fire Season?