This year’s fire season was relatively quiet—a welcome change of pace for fire-weary Californians. But what does it mean in the larger scheme of things? We asked UC Berkeley professor and PPIC Water Policy Center research network member Scott Stephens for insights. 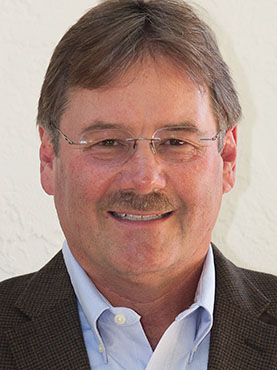 The 2022 fire season has seemed much less intense than in the past few years. Does the data bear that out?

It has indeed been a remarkably different year. A couple of factors led to that: we didn’t have lightning igniting hundreds of fires simultaneously, and the weather was a little better, though it certainly wasn’t perfect—we had a six or seven day period of the highest temperatures ever recorded in California. Luckily that heat didn’t come with wind this year. We have seen more prescribed burns and thinning in the last five years, and some of these fuel treatments reduced fire behavior to allow for more effective suppression. Also, CalFire increased resources for initial attack, picking up fires as early as possible, and that helped—though we all know that’s not a solution to the situation we’re in. But it was a factor.

Could some of the recent fires give us a jumpstart on better management?

Every wildfire—even the worst ones—creates some benefits by restoring forest structure. For example, the Dixie Fire last year covered 960,000 acres. About half of that acreage had high-severity fire, in which 90% or more of the trees died. The other half had lower-severity fire, which can be good for forests. But that is a terrible cost to pay for restoration, in terms of homes lost, infrastructure damage, and forest conditions in the high-severity areas. I’m worried that we won’t get those forests back for decades…or ever.

Our forests’ vulnerability is incredibly high. Millions of acres are still green but in the most vulnerable state you could imagine, because of climate change, higher temperatures, drought stress, and low moisture. It should give us great pause that changes in forest structure are happening at such a rate.

Credit goes to California for putting effort and resources into this. Governor Newsom put a lot into CalFire, trying to facilitate prescribed burning. This promotion of prescribed burning is a remarkable change that’s happened during my career. CalFire is still pushing for more controlled burns; the US Forest Service recognizes there’s a need, but they’re unable to get the necessary work done.

How well are we doing on incorporating traditional knowledge into forest management these days?

Indigenous people used and continue to use cultural burning to manage California for sustainability, resources, food, fiber, safety, travel, and ceremony. When you talk to tribes, they all talk about being active stewards of the land. They say that this idea of stewardship is actually commanded by creator, to steward their lands for the benefit of everything that’s there—the four-legged, the two-legged, and everything else. This message resonates so well today. We have to become stewards of these lands, or we’re going to continue to have huge problems with climate change, drought, and high-severity fire.

I’ve been teaching a lower-division fire culture class at UC Berkeley with Ken Lightfoot for the past five years. We bring in senior indigenous scholars and leaders, and I talk about fire ecology, while Ken talks about archeology. When indigenous people come in and talk about traditional ideas, tribal history, and what they’re working on—you could hear a pin drop in the room. It takes it to a different level. When indigenous people talk to urban people, they connect in ways that are just astonishing.

What other conclusions can we draw from our most recent fire season?

It does feel like we’re getting beat up—losing homes, structures, lives, and ecosystems. But research shows that the outcomes are positive if you do prescribed fires and restoration thinning. There really is a path forward.

First, we have to get people in fire-prone areas better prepared. How do we remodel in fire-prone areas, and where do we build? Second, we need to better prepare the state’s ecosystems for fire and drought. There’s so much funding, over $400 million in state grants available, but money isn’t enough. We have a big, well-trained fire suppression workforce, but they are stressed to the utmost. We have to figure out policy, hiring, and training to do the necessary prescribed burning, thinning, and cultural work.

UC Berkeley professor Harold Biswell wrote his first paper advocating for the use of fire in California’s forests in 1958. He was ridiculed for a long time. It was not understood until the 1970s that Biswell—and indigenous Californians—were right. It is time to act.

How Active Stewardship Could Protect California’s Forests from Extreme Wildfire

The Benefits of Headwater Forest Management