In an era marred by bitter partisanship, UC Hastings emeritus law professor John Leshy set out to profile the exact opposite. Leshy says our public lands—national parks, forests, and wildlife refuges, among others—are one of the country’s greatest bipartisan achievements. He explores the political decisions that produced this result in his new book, Our Common Ground: A History of America’s Public Lands, published by Yale University Press. 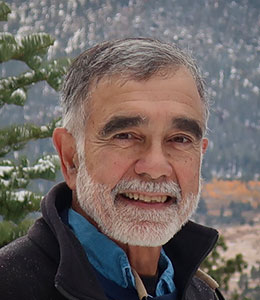 What prompted you to write this book?

I have long found it remarkable, in a country that celebrates private property and tends to distrust government, that the federal government owns and manages nearly 30% of the nation’s land. My book explains how that happened. Today, practically every poll shows that people of all political stripes strongly support protecting these lands in public ownership. This is a political success story—the political system working the way it’s supposed to.

How did the federal government come to obtain and retain title to such a high percentage of land?

The core of the story begins around 1890. That was when United States government began a systematic effort to keep the lands it had previously acquired in public ownership for all to enjoy. The movement to do this had several roots. There was fear that a land takeover by large private interests would exclude the general public—which is still a concern in some places today. Protecting watersheds and water supplies also motivated people. Protected land in the Sierras, for instance, was triggered by local petitions to the government.  This was not a federal land grab that happened over local opposition: these decisions were supported from the bottom up.

Why does federal ownership and management of these lands remain a good idea today?

It’s a good idea because most Americans support protecting the open spaces, wildlife habitat, and cultural and historical resources that these lands contain. Where did people go after the pandemic hit? They were tired of being cooped up, and they went to national parks and other public lands. In the single month of August last year, Yellowstone had 1 million visitors for the first time in its history.

My book does not deal with how Indigenous peoples were dispossessed of their lands, a process that began with Columbus and was mostly over long before 1890. That’s a different story and one addressed in numerous books. But my book does address an important development in modern times, which is how Native nations are demanding more influence over how the US manages public lands to which they have ancestral ties. That makes President Biden’s appointment of Deb Haaland as Secretary of the Interior, the first Native American cabinet member in American history, particularly significant.  Indigenous peoples’ influence is also being felt because federal land managers are learning from their traditional knowledge of how best to manage the lands, including using tools like fire.

You talk about the enduring bipartisan support for preserving public lands. What accounts for this?

People of all political stripes enjoy the outdoors and open spaces. They have life-changing experiences on the public lands, and generally want to protect them for future generations to enjoy. There have been hiccups, such as when President Trump stripped protections from two large areas of public lands in southern Utah. But when President Biden restored the protections, a majority of the commissioners in a directly affected local county supported his action, which tells you a good deal about public opinion there.

With climate change and biodiversity loss accelerating, what would you like to see in the future, in terms of stewardship and other actions, to continue to support and strengthen our public lands?

You put your finger on the two biggest challenges facing the public lands—and humanity. To deal with them, people need to decide collectively to override the decisions of narrower interests. America’s public lands provide a shining example of our political system doing exactly that. Public lands also provide a vivid demonstration of what we face if we don’t act: the glaciers in Glacier National Park, for instance, are expected to disappear by 2030.

Public lands can play an important role in the transition away from fossil fuels. Just as the Stone Age didn’t end because we ran out of stone, the Carbon Age won’t end because we run out of oil and gas. That transition is already underway, and interest in using public lands for renewable energy sites is growing dramatically. In 2021, the Trump administration’s sale of oil and gas leases in the Arctic National Wildlife Refuge yielded just $14 million in bids. Earlier this year, an Interior Department sale of leases for wind energy off Long Island attracted more than $4 billion in bids. That speaks volumes about where we are headed. Public lands also provide many excellent examples of how we can protect and restore healthy habitat to promote biodiversity.

Accounting for a Decade of Headwater Forest Management

Standing at the Cusp: The Klamath River Edges Closer to Dam Removals