Standing at the Cusp: The Klamath River Edges Closer to Dam Removals

Few rivers have faced such a protracted battle about their future as the Klamath, which flows through Oregon and Northern California. After decades of negotiations, the decommissioning of four dams on the river is finally in sight, but hurdles remain. We spoke with Mark Bransom, CEO of the Klamath River Renewal Corporation, to learn how he’s working to get the dam removal across the finish line—and what the transformation will mean for the many communities that depend on the river. 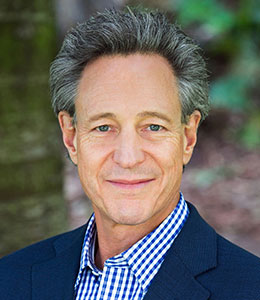 Who will benefit from the Klamath dam removals? Who may be at risk of negative consequences? How might the dam removals impact the tribes in the basin?

Let’s start with the anadromous fish and other critters that live in the river itself. This has been characterized as a salmon recovery project, but I like to think of it as a resilience project. The first priority has been fish passage: restoring the river to improve spawning and rearing habitat. The second goal is improved water quality. Together these will benefit a whole host of species in the river.

With regard to human communities, the tribes have been among the very best partners in advancing the dam removal. Lower river tribes will realize the benefits of improved salmon runs, and all tribes will see cultural benefits. However, the loss of the dams raises concerns among the Shasta and other tribes. The dams currently afford protection to sensitive cultural sites such as burial grounds and fishing villages. We’re working very hard to put protections in place.

The agricultural community also stands to benefit. If we see the kinds of salmon recovery we expect, the “flushing flows” that help remove disease might not be needed, so a block of water that usually goes downriver could stay upriver for agriculture or other uses. In this case, what’s good for fish is good for the farmers.

Local communities will see short-term impacts, including construction activity, the loss of reservoirs, and a possible short-term decline in property values. There’s huge demand for property along restored river corridors, however. Once the river’s restored, the salmon are back, and the area is revegetated, these will be very attractive properties in significant demand.

The Klamath Dam removal project would be the largest and presumably most complex of its kind anywhere in the country. What keeps you up at night?

This has taken longer than it should have. We currently see a highly degraded ecosystem, with three or four species of salmon that are now at the brink of extinction. Are we going to get all the final permits, authorizations, and approvals we need to get the projects underway in a timeframe that doesn’t further jeopardize these species in peril?

The Renewal Corporation is doing everything we can to ensure things are moving forward, but currently we are heavily reliant on the Federal Energy Regulatory Commission (FERC) and the US Army Corps of Engineers to finalize their permits and authorizations —and to give us a signal about whether they’re inclined to give approvals. We’re looking forward to seeing FERC’s draft environmental impact statement (EIS) in February. If we don’t see final approvals in the coming months, we’re staring down the prospect of being delayed until 2024.

Any delay could be catastrophic. If we can’t get onsite and initiate some work in June or July of this year, we probably won’t be ready for the reservoir drawdown in January 2023, and it would be kicked to 2024.

We also worry about the unanticipated impacts to sensitive tribal cultural resources, and we’re preparing a full suite of contingency plans in case anything is uncovered. The tribal issues are really high on my list, right along with finalizing the rest of the authorizations and permits.

No one imagines dam removal is a silver bullet solution to problems in the Klamath. What else needs to be done to restore this river system to health?

When I talk to stakeholders from the river’s mouth to its headwaters, I hear a lot of hope that water quality work in the upper basin will continue. There is work needed to improve spawning and rearing habitat in the tributaries. And wetlands are incredibly important for buffering water quality. Agricultural communities are hoping for more certainty around water quantity—these folks make business decisions early in the year in the face of incredible uncertainty about the coming water year.

What gives you hope?

We couldn’t have gotten as far as we have without the support of so many partners. We’re standing at the cusp of getting this enormous project done. Their support gives me strength to know we’re going to get there. We’re honored to stand on shoulders of so many—the tribes in particular—who have been working for this day. I’m honored to take it across finish line. I hope that this time next year, we are standing on the dams, watching the reservoirs come down and seeing the construction equipment mobilizing to pull them out. I look forward to being together with everyone on the dam sites, watching this happen.