The Klamath River has seen its native fish populations plunge and its water quality decline, in part because of four hydropower dams built in its middle reach a century ago. In the coming years, these dams will be removed, creating the largest dam removal and river restoration project in the country. We talked to Lester Snow—board president of the Klamath River Renewal Corporation (KRCC) and a member of the PPIC Water Policy Center Advisory Council—about this effort. 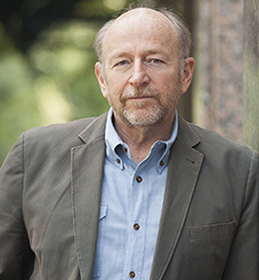 PPIC: What is the status of the process to remove the dams?

Lester Snow: Right now we’re working through permitting. This process literally requires every environmental permit you can think of. More permits are required to tear these dams down than are needed to build the proposed Sites Reservoir, for example. This effort requires NEPA (National Environmental Protection Act) and CEQA (California Environmental Quality Act) compliance, permits under the Clean Water Act, endangered species protections, and approvals from the Federal Energy Regulatory Commission.

KRRC has hired a range of consultants and contractors to plan, design, and remove the dams and restore habitat. We’re still a couple of years away from major construction. Right now it looks like construction will start in 2021, and the dams will literally be empty in early 2022.

PPIC: How might dam removal improve the health of the ecosystem and native fisheries?

LS: Two basic improvements will come from this project. First, it opens up about 400 miles of historic salmon habitat that was cut off by the dams. The dams alter natural flows and block salmon spawning habitat. And second, it will improve water quality in the lower basin. The reservoirs get toxic algal blooms in the summer―you can’t swim in them or eat fish caught in them.

There will also be ecosystem and cultural benefits from the dam removal. Salmon runs all along the west coast have been under assault for 50 years, and many are in dire shape. So this ecosystem restoration is an important step for Pacific salmon populations. And salmon are a traditional and essential part of life for local tribes—including the Hoopa, Yurok, and Karuk. These tribes have had many of their cultural resources taken from them, and we have an obligation to make amends for the damage that’s been done to their communities.

PPIC: What are some tradeoffs in this effort, and how are they being dealt with?

LS: One issue that is personal for people in Siskiyou County is they’ve had the use of these reservoirs all their lives. Some families will lose lakefront property when the lake is gone. And that raises concerns about how dam removal could affect the local economy. Also, draining the lake might affect some groundwater wells.

We’ve put a lot of time into listening to local communities’ concerns and working out how to address these kinds of issues. We expect a healthier river will result in improved commercial and recreational fishing and increased regional tourism, which can offset potential impacts.

PPIC: What are some key lessons learned from this process that could inform future river restoration efforts?

LS: That’s a good question, and there isn’t an easy answer. The magnitude of this project makes it really complex and unique. No one’s ever taken down four dams at once. By removing all four at once, the sediment behind the dams can be flushed out in one go, to minimize impacts on the fishery. Scientifically, we’re going to learn a lot from this project, and it will be important to document what we learn as we go.

A key lesson is you have to listen to the people who will be directly impacted―even if they don’t trust you or are against the project, you have to engage with them. And you have to have some accommodation for their concerns.

This project is also an incredible illustration of the need for coordination between state and federal permitting authorities. The Klamath is an environmental project where everyone could save time and money if we could figure out how to streamline the permitting process. We still need to figure out how to coordinate permitting without rolling over someone’s authority or losing key protections.

Maybe the biggest lesson on this project is that failure is not an option. It’s been talked about and committed to for decades, and now is the time to get it done. We know there will be unexpected roadblocks along the way, but these dams are coming down—no question about it.