One way students limit their housing costs is by living with their parents or other family members. For most students, living at home is much cheaper than living in housing provided by the university or in an apartment off campus. Housing costs vary across systems, but in every case living with family is much less expensive than other housing options. And the savings are large—as much as $10,000 a year. 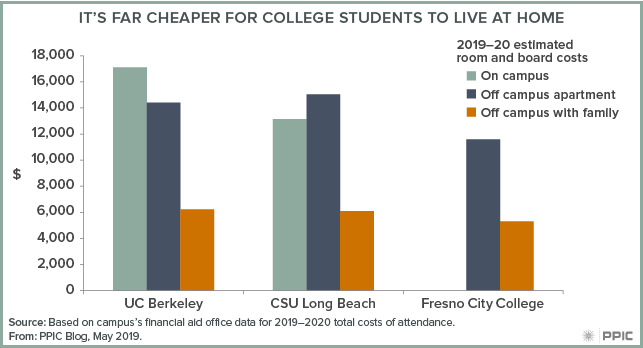 In fact, the large majority of California undergraduates do live at home (69% in 2017), and that share has been increasing over the past few decades, according to the American Community Survey. Moreover, California college students are substantially more likely to live at home than their counterparts in the rest of the nation. 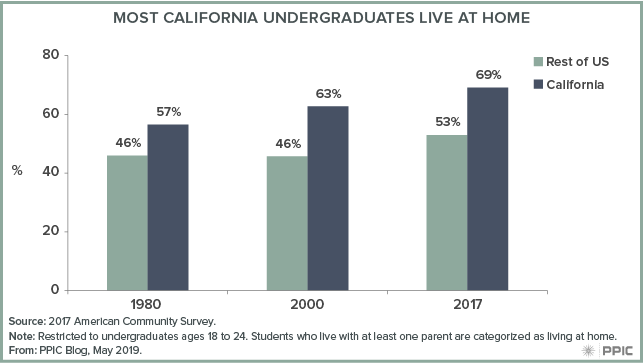 Living at home while attending college can be a great way to reduce costs. But it also has a downside. Research suggests that students who live at home are less connected to their college—and less likely to graduate.

California’s colleges and universities cannot solve the state’s housing crisis, but many of them are working to expand on-campus housing opportunities. They are also working with the state to develop ways to expand grants to cover housing costs as well as tuition. The governor’s proposed budget includes $40 million to provide emergency housing support for UC and CSU students (including those struggling with homelessness).

With no quick solution to the high cost of housing in California, thoughtful actions will be critical to providing support to college students across the state.