How California’s Wildfires Are Changing

This year’s fire season has already set records in number of acres burned, with months left to go. We asked fire scientist Crystal Kolden of UC Merced how California’s “firescape” is changing, and what we can do about it. 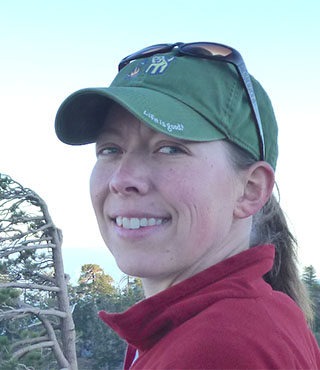 PPIC: How are wildfires in California changing over time? What are the drivers of change?

CRYSTAL KOLDEN: California has always had a lot of fire—both from lightning in the mountains and indigenous people utilizing fire for cultural and sustainability purposes. About a century ago the indigenous influence was stopped with the removal of tribes and the forced end of their burning culture. Then fire suppression became state and federal policy. For the past couple of decades we’ve really seen the effects of these changes in terms of increasing fire activity. The number of individual fires has actually gone down over time, but we’re getting more large fires that grow incredibly quickly. These fires are the ones associated with disastrous events—they’re explosive and almost impossible to control until weather conditions slow them down.

There are several reasons that fire intensity is increasing, but the biggest driver of change is human-caused climate change, which is bringing hotter temperatures, day and night. In the past, temperatures dropped at night and humidity rose, allowing fires to die down a lot. Hotter nighttime temperatures are now causing many of our most disastrous fires to stay active overnight. And climate-related changes in precipitation patterns are causing much drier autumns, resulting in a full-year fire season. This longer fire season is also much more intense.

Underneath the climate umbrella are two more drivers. First, we’ve got a long history of fire suppression that produced a buildup of fuels in California’s forests. Prior to European settlement those forests had frequent fires, as often as every five years in some places. Now we don’t have fires regularly burning out the grasses, shrubs, and small trees. In addition, excessive tree density in these forests led to an immense die-off during the latest drought, especially in the Southern Sierra, which is now where several of our big forest fires are occurring.

The third factor is that more people are living on the edge of wildland areas—areas that burn. The fact that people are moving into these areas doesn’t change fire behavior, but it facilitates worse disasters. It’s important to think about this in context of California at large. It’s expensive to live in the state’s urban cores, so we see lot of people moving to these outer rings, where it’s more affordable.

PPIC: What will our wildfires look like in the future?

CK: The climate projections indicate more hot days and more swings between drought years and really wet years. That’s likely to increase fire risk as the vegetation grows wildly when good rains come then dries out again in drought years, which fuels really fast-moving wildfires. What we’re also seeing are some places that burned repeatedly over the past 20-30 years starting to change from forest to shrubland, which can burn very hot. In other places invasive grasses are taking over, which can burn every single year.

PPIC: What changes can help us avoid future wildfire disasters?

CK: There is no silver bullet solution—many things need to happen for us to be able to live with fire. And that’s how we need to think moving forward, because the idea that we can prevent most fires is a false one. The questions to ask are: What do we want fire to look like, how much can we control outcomes, and what individual and collective actions can we take to produce the best outcomes?

Prescribed fire is good for improving resilience of forests and reducing severity of fires. People balk at allowing more smoke from such practices, but with prescribed fire it’s much smaller doses over shorter time periods, and you know it’s coming so you can prepare for it. There’s also the fear that such burns can get out of control. While this is a risk, it doesn’t happen often and in my mind the much bigger risk is not doing it, because that will inevitably lead to much bigger out-of-control fires.

Community fuel breaks can also play a valuable role—these are areas around the edges of communities where fuels are reduced. That creates an area where firefighters can get in to make a stand and work safely to fight the fire. Communities can also form prescribed fire councils and maintain community evacuation routes. Collectively these efforts make a difference, and we have the science to back it up.

Grappling with the Statewide “Wildfire Siege”