Interview: Citizenship and the 2020 Census

This post is part of a series examining challenges involved in the 2020 Census and what’s at stake for California. 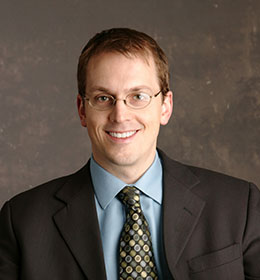 After a heated legal battle, the Supreme Court has ruled that the Trump administration cannot for now include a question on the 2020 Census asking if residents are US citizens. We spoke with PPIC senior fellow Eric McGhee about what this decision means for California.

PPIC: Why is the citizenship question controversial?

Eric McGhee: First, the question could significantly discourage responses among immigrants, who might fear the data would be used to target them. It didn’t go through the normal testing process for new questions, and many Census Bureau employees recommended against adding it because of concerns about data quality.

Second, the Trump administration says the question is necessary to properly enforce the Voting Rights Act. But advocates for immigrant communities dispute this justification and argue that current citizenship data is sufficient to protect against voting discrimination.

Third, it could have a huge impact on political representation and how congressional and state legislative districts are drawn. Districts are currently drawn based on total population. But this question could make it possible for states to use citizens or voting-eligible residents instead, which would tilt representation in favor of those groups.

PPIC: What does all this mean for California?

EM: Response rates will likely be better if the question is not added. But there’s also concern that the damage has already been done—immigrants still might not be inclined to respond. Immigrants make up about a quarter of California’s population, so we’re particularly vulnerable.

A large undercount could result in less federal funding for California. We’re also the only state at risk of losing a congressional seat from an undercount—other states with high immigrant populations like Arizona and Texas might not gain as many seats, but they probably won’t lose a seat they already have, even if there’s a bad count.

Households with undocumented members are the most likely to be undercounted. PPIC research looked at the possibility of a 10% undercount of these households, a reasonable assumption based on existing research. It would mean missing about half a million Californians.

The reality is that census data is thoroughly protected, even from law enforcement agencies like the FBI and ICE. But our May PPIC survey—conducted before the Supreme Court decision—found 63% of Californians were concerned the Census Bureau will not keep responses confidential. Latinos (74%), immigrants (71%), and African Americans (70%) were especially likely to be concerned.

There are other uncertainties too. The 2020 Census will use a new internet-based approach, which hasn’t been comprehensively tested. And people in general are becoming more reluctant to respond to the census. This means the bureau has to do more follow-up, which is expensive and increases the likelihood of problems arising.

PPIC: What can California do to ensure a complete and accurate count?

EM: California is way ahead of other states in terms of funds it has dedicated to census outreach. The state has already appropriated about $100 million to support a better count, and Governor Newsom has proposed another $50 million or so. Philanthropic organizations have chipped in about $30 million. There’s been a great deal of planning at the state and local levels to get the best count possible.

Addressing concerns about confidentiality could go a long way toward encouraging people to respond. Research also suggests that raising awareness about the census’s role in funding public services like health care, roads, highways, and fire and police departments is another promising approach.

Video: 2020 Census: Why Is the Citizenship Question Such a Big Deal?

The 2020 Census and Political Representation in California