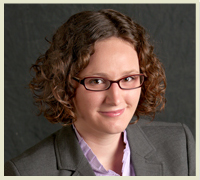 English learners (ELs) who have been reclassified as fluent English speakers perform very well, sometimes even surpassing the achievements of native English speakers. Moving ELs to English fluency is a high priority for educators and policymakers. As we describe in a commentary for EdSource, school districts across the state have different standards for reclassifying these students. This means that students with the same skills may be reclassified as fluent in one district, but not in another.

Further, standardizing district reclassification policies into one uniform policy—for now, using the State Board of Education guidelines—would ease another concern: that districts have a fiscal incentive to set standards that maintain the supplemental funding they get for each EL student. Most important, standardizing reclassification policies would speed the transition of highly able English learners.

Changes to California’s school finance, testing, and accountability systems all have the potential to change outcomes for ELs over the coming months and years. New research on setting the state’s reclassification standards should wait until the new assessments aligned to the Common Core State Standards are fully implemented.