Tuition at the University of California soon may be free for American Indian and Alaskan Native (AIAN) students who are California residents. The UC Native American Opportunity Plan, announced in April by University of California president Michael Drake, begins in fall 2022 with tuition assistance funded through existing state and institutional aid programs. The plan could encourage California AIAN students to enroll in greater numbers, which may improve representation at UC.

For Native American students, the major barriers to UC access often emerge during high school. A large gap exists in preparation among high school completers by race. According to recent data from the California Department of Education, only 31% of Native American students who complete high school have met A–G requirements—minimum coursework necessary to be eligible for UC and CSU—whereas 54% of white students have done so. 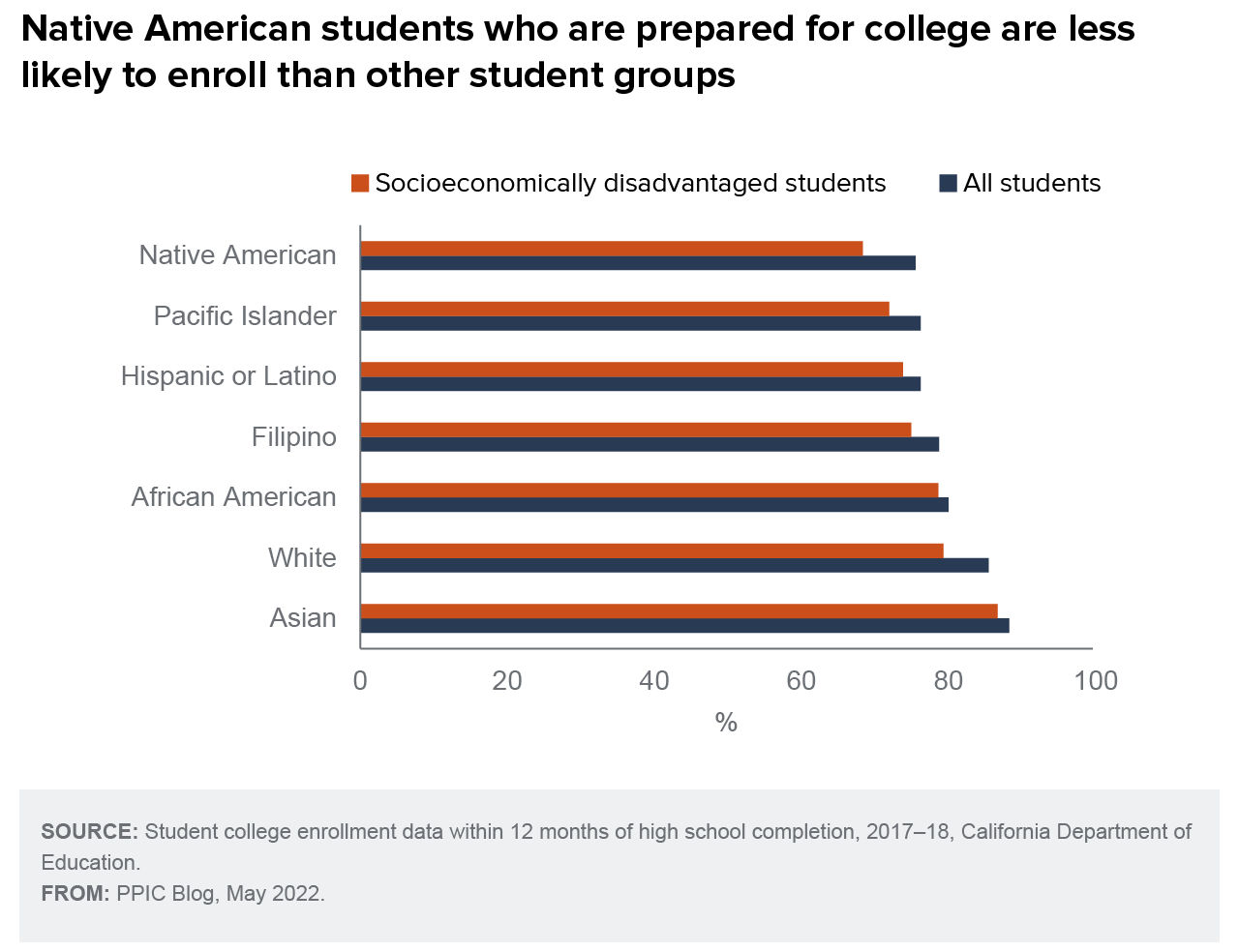 The plan will be a relatively small investment from the University of California system. AIAN students represent less than 1% of total enrollment, and only students who are members of a federally recognized tribe are eligible—although a $2.5 million scholarship provided by the Federated Indians of Graton Rancheria could expand access to other non–federally recognized tribes in coming years.

The UC Native American Opportunity Plan may encourage more AIAN students to apply to UC but college preparation rates must improve dramatically to open the door more widely beyond its 1% enrollment.

Geography of College Readiness in California