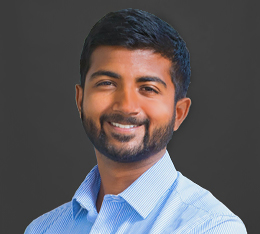 Last fall, Governor Newsom signed into law the Peace Officers Education and Age Conditions for Employment (PEACE) Act, which raises the minimum age for law enforcement from 18 to 21. It also requires the community college system to work with stakeholders to create a “modern policing” degree program by 2025 and to provide financial assistance for people from disadvantaged communities to pursue law enforcement degrees. One driving motivation behind the bill is to reduce police use of deadly force. About 195 Californians are killed each year during encounters with police, according to our recent report.

The new age requirement, which applies only to new hires, went into effect on January 1. This change aligns with requirements in most other states and is supported by research evidence finding that officers who join the force at older ages are less likely to be involved in police shootings. Gunshot injuries account for the vast majority (about 80%) of civilian fatalities during police interactions. 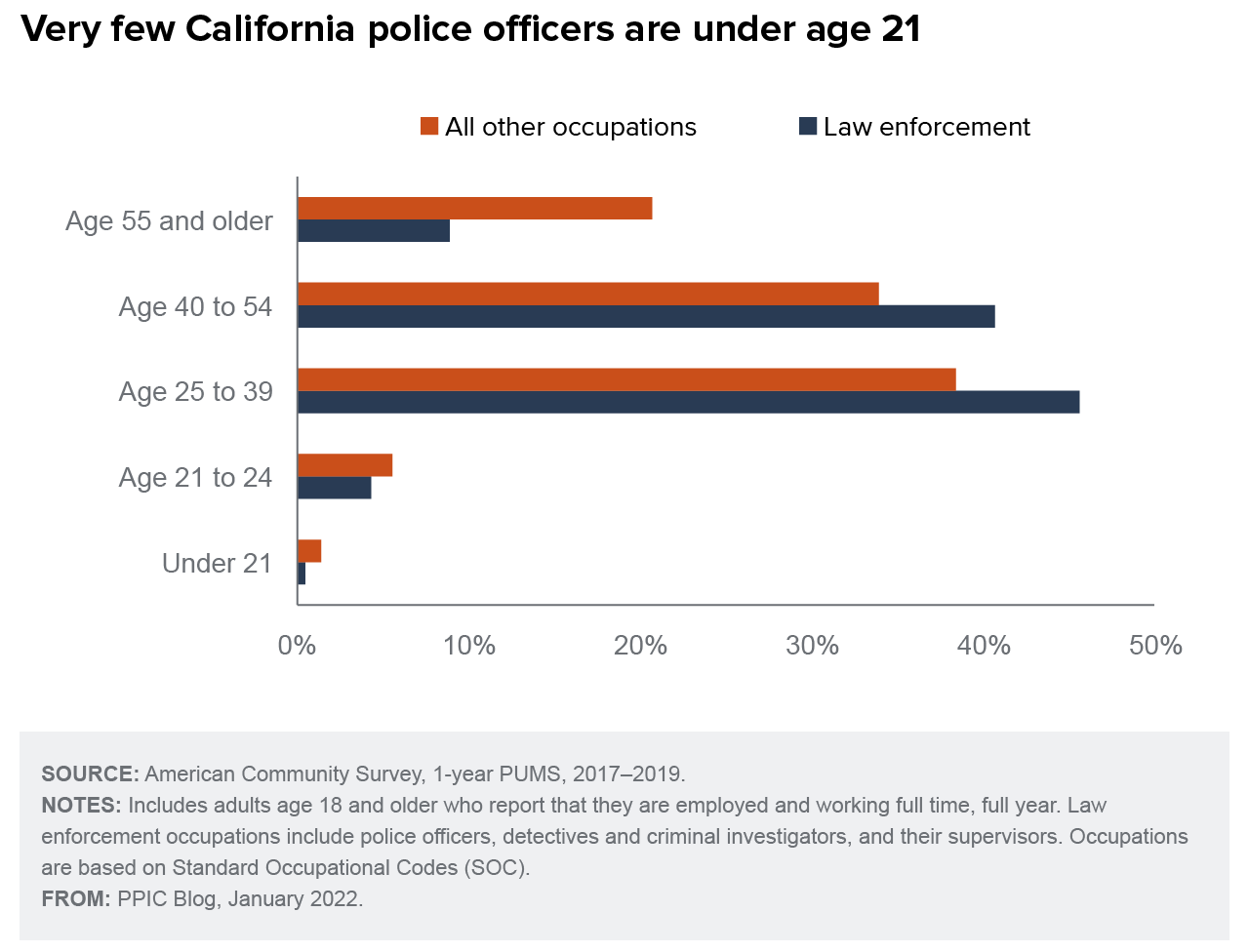 Changes to police education standards are a longer-term endeavor. Current education requirements stipulate that law enforcement officers have at least a high school education and complete a certain number of training hours, though local criminal justice agencies often require additional education or training. The PEACE Act broadens the statewide requirements—for example, stating that the new degree program must include courses on psychology, communications, and ethnic studies, among others.

Community colleges are already a major training provider for police officers. Half of California’s law enforcement officers are trained at the community colleges, which work with local police departments and the California Commission on Peace Officers Standards and Training (POST)  to develop curricula to meet state and local requirements. In the wake of George Floyd’s murder in 2020, the California Community Colleges Chancellor’s Office issued a “call to action” and had already begun working with the California POST to review police training curricula.

Once implemented, the new degree program could affect the educational attainment of the policing workforce. Currently, California law enforcement are already much more likely to have some college education or an associate degree compared to full-time workers in other occupations; similar shares have a bachelor’s degree. This pattern may reflect the need for higher education to advance through the officer ranks. A survey from the Police Foundation found that only one-third of California law enforcement agencies would promote an officer to sergeant with solely a high school education, and more than half of agencies expect a four-year degree to reach the level of lieutenant. 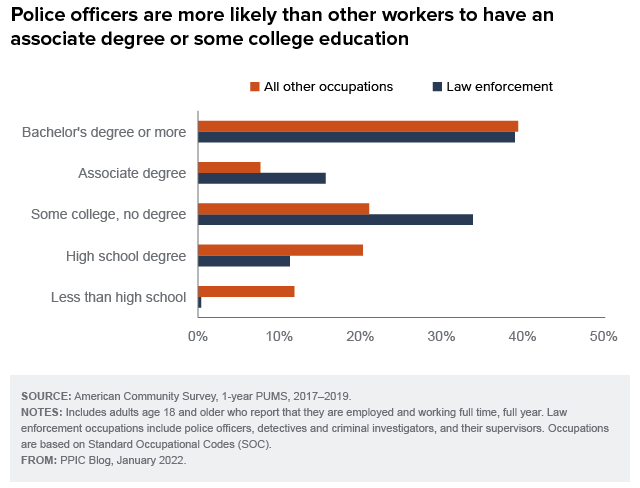 As the state continues to take legislative action to reduce police use of force, policymakers and practitioners must have access to reliable data to assess the impact of these policy changes. The relatively new database on use of force collected by the California Department of Justice is an important step forward, but this data source—and others—could still be improved. High-quality data on police-civilian interactions will help the state move toward its goals of maintaining public safety and improving community relations.