This fact sheet analyzes the most recent data on law enforcement staffing from 2019, prior to the pandemic.

California has about as many officers per 100,000 residents as the nation does overall 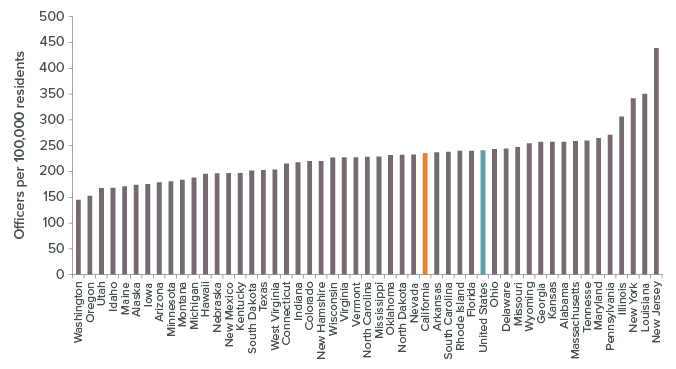 NOTES: The rate for the District of Columbia is not included in this figure (and is not factored into the US-wide rate of officers per 100,000 residents). Because these rates are based on officer and total population counts only from agencies that reported to the FBI, they may not match other sources.