California’s large reservoirs are currently operated using historical hydrology and outdated assumptions about the state’s climate. Many experts are calling for changing how reservoirs are managed to reflect advances in weather forecasting, which can help the state adapt to a warmer, more volatile climate. We talked to Martin Ralph—director of the Center for Western Weather and Water Extremes at the Scripps Institution of Oceanography—about advances in this field. 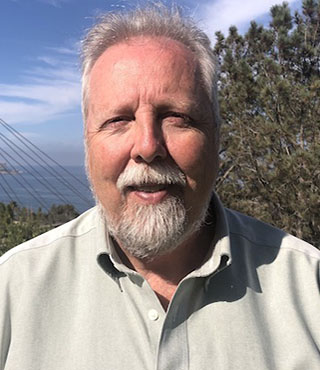 MARTIN RALPH: California has the most variable climate in the country. Drought and flood years can come back-to-back. And it’s getting more extreme: wet periods are expected to get wetter and dry ones drier. We have to prepare for these changes and figure out how to use the state’s amazing water system to our advantage. This system was developed for an already variable climate, but it has its limits.

About half of California’s precipitation and nearly all flood damage come from large storms called atmospheric rivers. We found that most of the state’s precipitation variability comes from just a few of the wettest days each year from these big storms. These are the days that make or break a water year in California. Improving how we handle atmospheric rivers is a key challenge.

Rules for operating many of our dams were created decades before forecasting was good enough to influence how they are managed. Forecasting for atmospheric rivers has dramatically improved in recent years. In partnership with federal, state, local, and academic entities, we analyzed existing operations at Lake Mendocino on the Russian River to define what level of forecast is needed to be able to operate it more flexibly for these big storms. By analyzing a range of factors—meteorological and climate data, economics, and water management practices—we found that atmospheric river forecasts 3-5 days in advance was enough notice to enable more flexible operation.

The result is a system called Forecast-Informed Reservoir Operations (FIRO). During the period from testing to using it, California had a drought year and a flood year, so we’ve been able to see it in action. By using FIRO to manage Lake Mendocino in the winter and spring of 2020, it was possible to store 20% more water for use in the dry season. That covers water use for tens of thousands of households.

The proof of concept at Lake Mendocino builds upon a significant change to the reservoir management policy of the US Army Corps of Engineers, which has authority over many of the state’s reservoirs. Previously, reservoir operations had to be based on “water on the ground”—snow and rain that had already fallen. Now the Corps’ rules allow weather forecasts to be used in planning future reservoir operations.

PPIC: Is there a risk that this approach could result in mistakes, particularly when it comes to flood control?

MR: We use advanced science and engineering principals to assess what kind of forecast is needed to manage a particular reservoir better. Scientific and technological advances have increased our ability to forecast and assess big storms. The assessment process uses rigorous approaches that meet modern flood management standards. But reservoir operators have the final say—they can choose to use FIRO or not. And as atmospheric river forecasting improves, we expect operators can achieve even greater flexibility.

We think it holds a lot of promise and will allow some reservoirs to manage water more flexibly—and safely—in the face of greater wet and dry extremes. Proving this out will require careful assessment of FIRO viability at each candidate reservoir.

PPIC: Can you give some examples of situations where reservoirs were operated differently in light of an oncoming atmospheric river?

MR: What triggered this research was a missed opportunity at Lake Mendocino. In the 2013 water year, that region had two big storms about a week apart early in the season. Each one filled up the reservoir fast, so using the standard operating rules the operators released water to empty the “flood pool” after the second storm. No one knew that a terrible drought was coming—the driest year on record was the next year. The question was whether some of that water could have been saved with the knowledge that there was no major storm coming in the next few days.

We’re currently exploring using this system across the state in a variety of different reservoir conditions, using different designs and operating goals. We’re doing a study on Prado Dam in Orange County, which is mostly used for urban flood control, to see if the FIRO approach would allow Prado to hold additional floodwaters to recharge groundwater. We’re also working on the Oroville and New Bullards Bar dams in the Yuba‒Feather River watershed—a really big system with more than ten times the water of the other projects we’re working on.

An underlying foundation of FIRO is its partnership model. It brings together scientists, engineers, forecasters, and dam operators to consider all the factors that could affect reservoir operations and build trust over a more flexible approach. It’s why we’re succeeding. I think this is a very promising approach for addressing weather extremes in California.