The PPIC Statewide Survey: Reflections at the 20th Anniversary 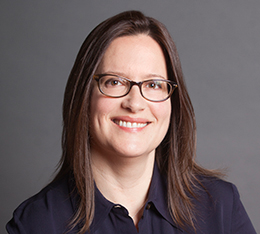 Mark Baldassare, president and CEO and survey director, and Abby Cook, vice president of communications, at the Public Policy Institute of California have worked on every PPIC Statewide Survey.

This year, the 20th anniversary of the PPIC Statewide Survey, is an important one in California. The state is at the forefront of many major national issues, and our voters will be electing new leaders across the board. Over the past two decades, PPIC has conducted nearly 175 public opinion surveys, interviewing more than 350,000 Californians—allowing us to see how the attitudes of state residents have evolved and providing valuable context for today’s policy landscape.

Our surveys show that Californians have long had a progressive streak when it comes to such topics as environmental protection, gun restrictions, and a woman’s access to abortion. However, views on other key issues have undergone significant change. Among them: At the same time, the survey shows Californians holding steadfast on other issues: Above all, the survey has revealed that the most persistent element in California policymaking is what we call the state’s “exclusive electorate.” California voters tend to be older, white, affluent, homeowners, and college educated. Nonvoters tend to be younger, Latino, less affluent, renters, and less likely to be college educated than likely voters. Voters make significant policy decisions at the ballot box—but nonvoters provide a unique perspective on the role of government. At a time when economic inequality has become one of most important policy issues in the state, this divide is a key reason we conduct the PPIC Statewide Survey as we do. Our survey gives all Californians—nonvoters and registered voters alike—a real-time voice on current topics, political leaders, and public institutions.

PPIC is unique in California in its ability to combine state-of-the-art polling with an institutional commitment to tackling major issues affecting Californians. We are often asked about how we conduct the survey and the philosophy behind it. Here is a brief look behind the scenes.

First, our surveys adhere to the high-quality standards set by the most respected nonpartisan polling organizations that conduct national surveys—such as the Pew Research Center, the Washington Post, ABC, CBS, CNN, and Gallup. Like these organizations, we use a random digit dialing (RDD) methodology. Despite changes in the polling landscape, this method remains the most effective way to reach all adults. It allows for random sampling of households within California, meaning that each person in the population has an equal probability of being selected. Our surveys include live telephone interviews with adults (age 18+) in English and Spanish. After each survey is completed, we compare the survey sample to census statistics and make any necessary statistically weighted adjustments to achieve a representative sample.

Second, while our methods remain the same, our approach has changed in response to the challenges of reaching people by phone. Since 2003, we have worked exclusively with interviewing firms that conduct surveys for our national peers. Starting in 2008, we have conducted both landline and cell phone interviews. After the 2016 election, based on extensive analyses of the performance of online surveys and live telephone surveys, we decided to maintain our RDD methodology and increase our cell phone interviewing (65% in 2017, 70% in 2018).

Third, every survey is designed with the intent of delivering accurate, independent, nonpartisan information on the perceptions, attitudes, policy preferences, and ballot choices of California residents. Our core audiences are policymakers, the media, and other engaged Californians—all of whom have come to depend upon the PPIC Statewide Survey as a critical barometer of public opinion in the state. And amid the partisan rancor of political debate, PPIC’s surveys also point out areas of consensus among the state’s diverse residents, providing valuable information to policymakers.

Fourth, PPIC produces a range of products in conjunction with each survey—including blog posts, fact sheets, and a survey report with crosstabs. Large sample sizes (currently 1,700 adults) allow us to accurately report the findings of key subgroups, such as likely voters, partisan groups, major regions, and age, income, and racial and ethnic groups.

Finally, our surveys are free of charge and available to all. We disseminate the findings through outreach activities that include public briefings in Sacramento—videotaped and posted on our YouTube channel—and broad use of social media, where our followers include state legislators, nonprofit and business leaders, and reporters from major media outlets. We also convene forums around the state for constructive discussion of the issues raised in our surveys. As a result, the PPIC Statewide Survey has had a significant impact on informing policymaking, as measured by activities such as bill citations in the state legislature.

We are grateful to many PPIC colleagues who have worked diligently over the years to produce surveys that are timely, relevant, and accessible. For every survey, the staff makes the call on survey methods and questions, and the content of reports and press releases. We benefit greatly from the leadership of the PPIC board of directors, which is dedicated to maintaining the institute’s mission and values, and a survey advisory committee that provides substantive input and expertise. Lastly, we would not have arrived at the 20-year mark without grant support from foundation partners—the James Irvine Foundation for the “Californians and Their Government” survey series and the consortium who fund the annual education and environment surveys. These ingredients make it possible for PPIC to conduct independent, nonpartisan, high-quality polling that provides a voice for the public and likely voters.

The 20th year of the PPIC Statewide Survey is shaping up to be the most important to date. We are monitoring the attitudes of California adults on a host of critical issues while tracking the ballot choices of California likely voters in the 2018 election. We look forward to keeping you well informed during a consequential election year—and into the future.