How important is it that California acts as a leader around the world in efforts to flight climate change?

SOURCE: PPIC Statewide Survey: Californians and the Environment, July 2018. Margin of error for all adults is +/-3.4%.

How serious is the threat of global warming to California’s future? 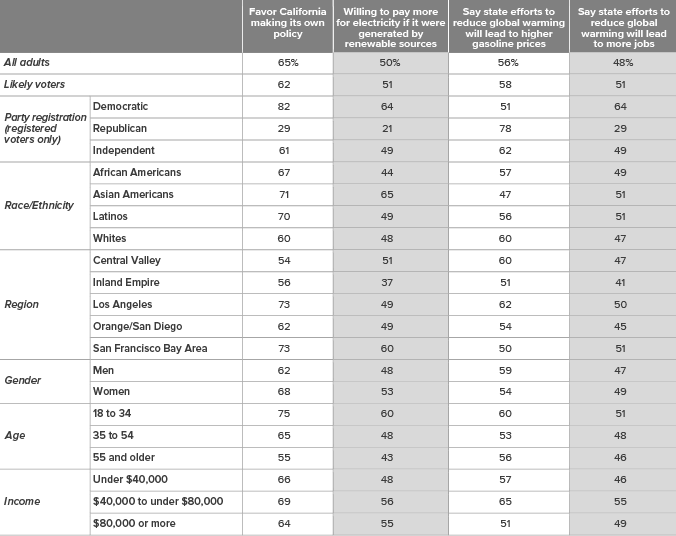