Newly released national crime numbers from the FBI show that, amid an unprecedented worldwide pandemic, trends in California’s crime rate last year mostly mirrored national trends—with some key differences. While the state’s violent crime rate declined somewhat in 2020, the nation saw an increase, though homicides jumped both nationwide and in the state. In California, aggravated assaults also increased, while robberies went down. California saw a similar decline in the property crime rate last year as the nation overall.

Here we compare changes in California’s and the nation’s crime rates in 2020 while also considering long-term trends since 2000. 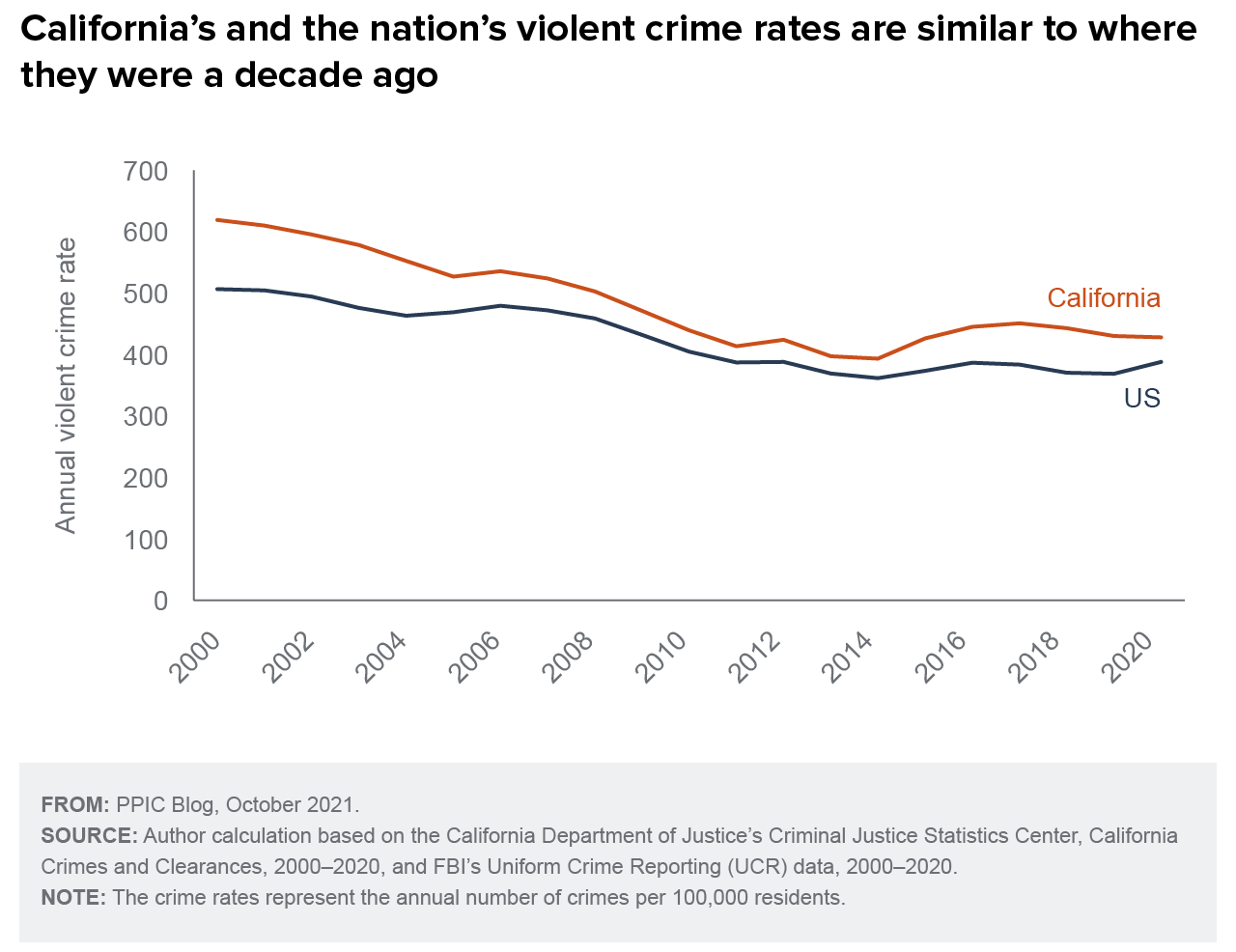 California’s historically large and troubling 30% jump in homicides matches the national increase. This increase in the number of homicides is the largest since reliable record keeping began in 1960. Looking at the past twenty years, the state’s homicide rate dropped below the nation’s for the first time in 2015 and continues to remain below the nationwide rate. In 2020, California’s rate is 11% below what it was in 2000 (down from 6.1 homicides per 100,000 residents to 5.4), while the nationwide rate is up by about 18% (from 5.5 to 6.5). 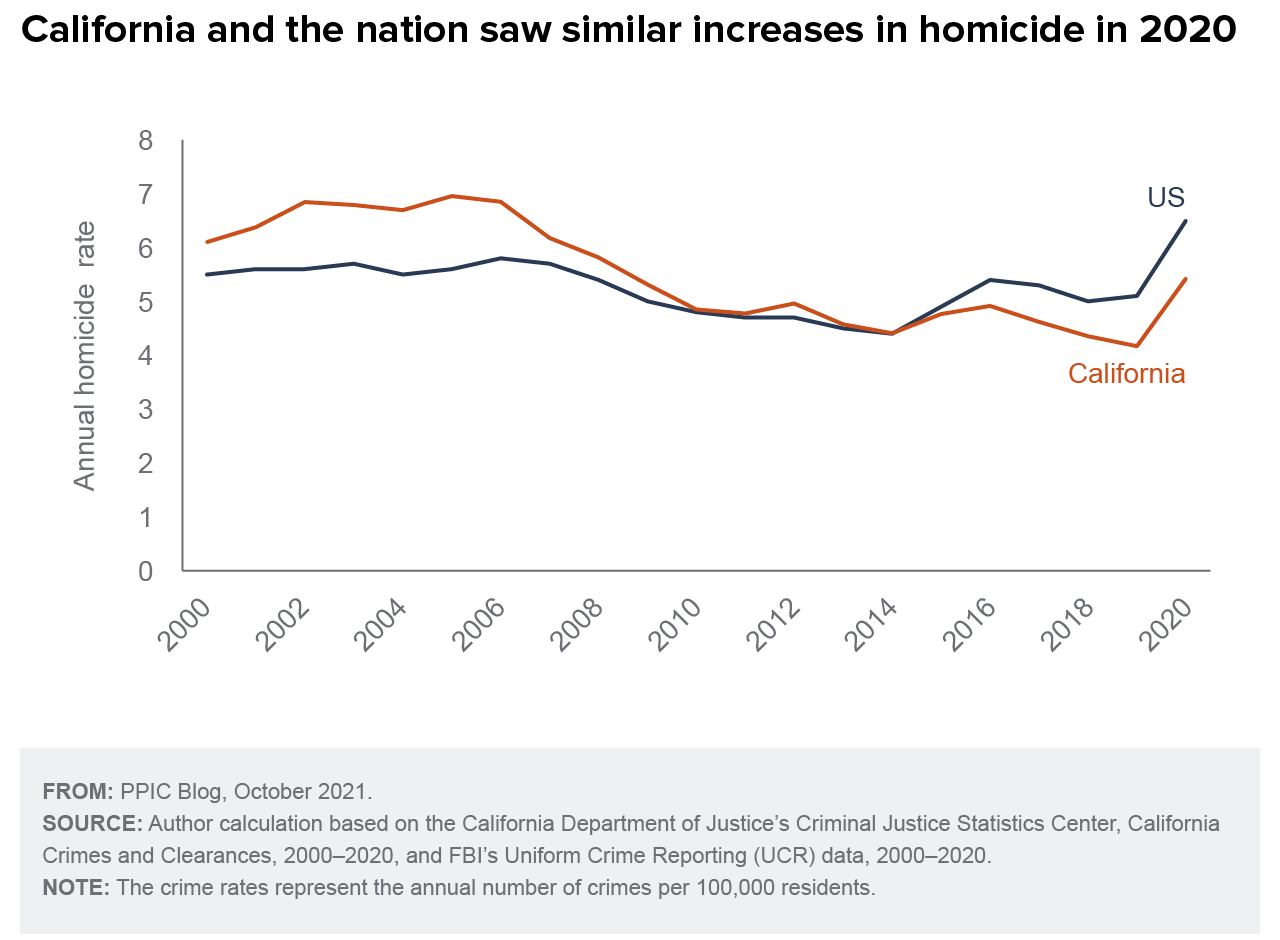 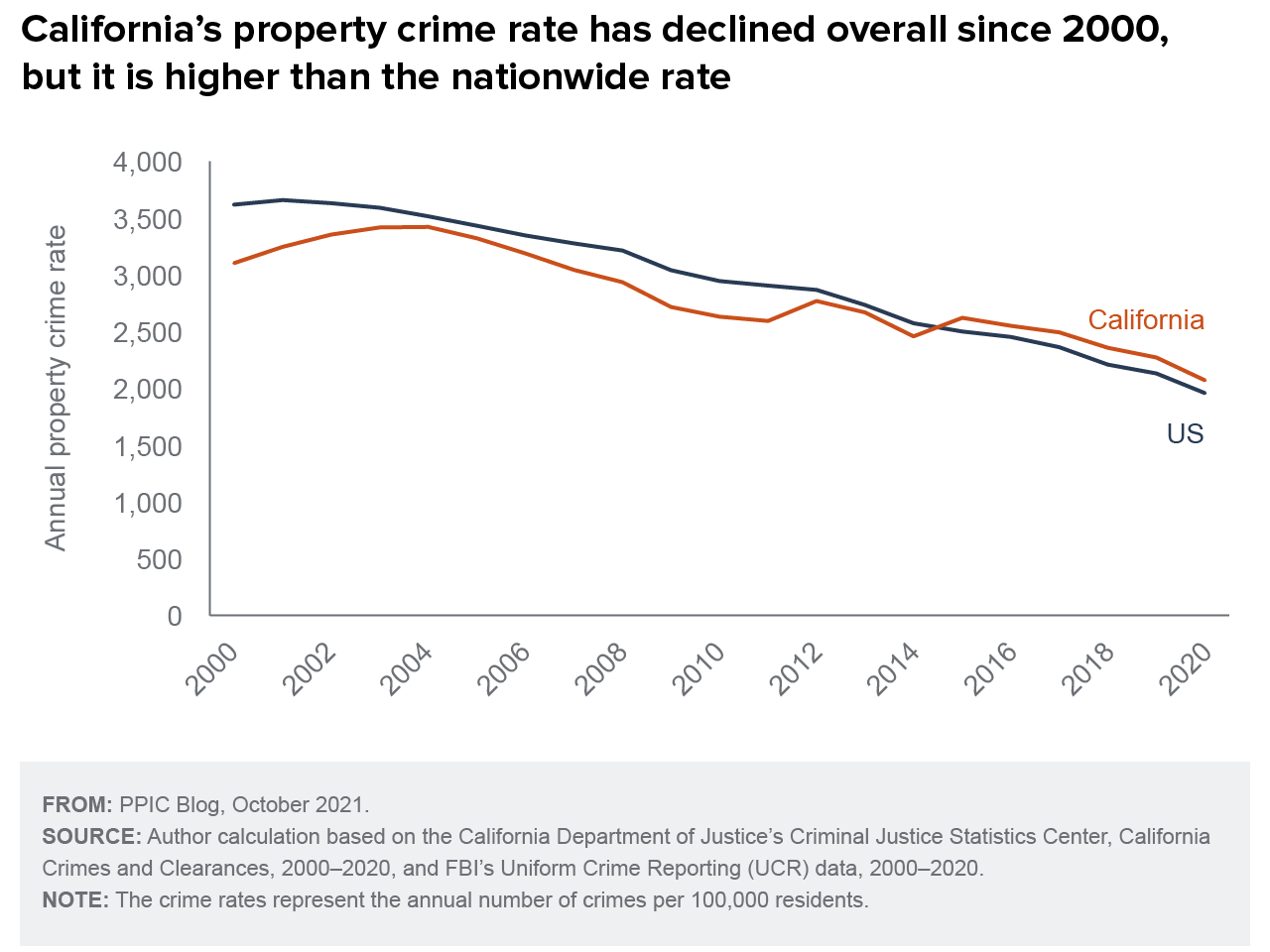 Since 2000, California has implemented many criminal justice reforms. No research to date has linked any of these reforms to changes in violent crime, but they have been found to be contributing factors to coinciding temporary increases in auto theft and larceny.

While the dramatic increases in homicides and gun-related violent crime in 2020 are troubling, the state fares relatively well when we compare trends in violent crime rates from 2000 to 2020. However, the pandemic brought broad changes and challenges to our society and our criminal justice systems, including policing, courts, and correctional systems. Monitoring crime trends and understanding the underlying factors driving crime rates continue to be of great importance.