The Central Valley has some of the highest risk of flooding in the state, and that risk is growing as the climate changes. We talked to Tim Ramirez, a member of the Central Valley Flood Protection Board, about how this risk is being managed for current and future conditions. 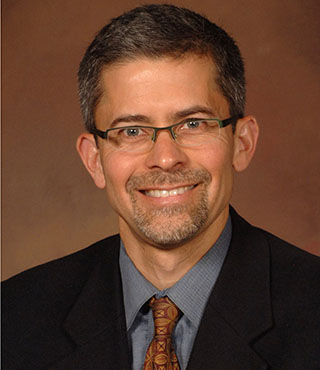 PPIC: Talk about managing flood risk in the valley.

TIM RAMIREZ: The valley has always flooded, especially in spring when snow melts in the high Sierra. Before it was developed, the landscape was often an inland sea in the spring. Now that many more people live there, it’s harder to minimize risk. The flood management system in the valley was envisioned 150 years ago, and in a lot of ways it continues to work. But the climate is changing with more rain and less snow, requiring an update.

That’s where the Central Valley Flood Protection Plan comes in. The plan is meant to not only protect people but also to help restore river ecosystems. We need to give rivers more room to flood, which better protects people and creates floodplains for native fishes, including Chinook salmon. For example, the Sacramento Valley Chinook salmon fall run is the single most important commercial fishery off northern California and southern Oregon, and there’s been a lot of work to ensure the health of those populations. There’s been a big push to restore salmon populations on the San Joaquin River, too. Reconnecting rivers to their floodplains is key to restoring salmon and illustrates the multiple benefits we can get from one project.

Rivers in the San Joaquin Valley in particular need more room. The San Joaquin River and its main tributaries—the Merced, Tuolumne, and Stanislaus—flow through Fresno, Merced, Modesto, Oakdale, and other communities. Each has less than 10,000 cubic feet per second (CFS) peak flow capacity in their floodways. By comparison, the American River has expanded its floodway and can now safely release more than 100,000 CFS. The San Joaquin system is plumbed to store and meter out snowmelt. But almost all climate forecasts show more rain and less snow. The reservoirs and levees on the San Joaquin aren’t designed or operated for large rainfall events or the “pineapple express” floods (like the January 1997 floods) that come from rainfall on large snowpack.

PPIC: Talk about the flood plan.

TR: What’s unique about the valley is that the state—through our board—is responsible for operating and maintaining levees. The plan outlines what needs to be done to minimize flood risk and restore river ecosystems. The first plan was completed in 2012. We’re scoping now for the third update, due for adoption in 2022. The most important thing about this update is the acknowledgment that we need to modify the system for changing climate conditions.

When the next big flood happens we’ll have a lot more people living in harm’s way. The most immediate thing we can do is make better use of new forecasting tools and prepare to execute evacuation plans, so we can get people to high ground.

PPIC: What is one thing you hope to see accomplished in five years?

TR: That’s easy—create expanded flood capacity, including new floodplain habitat, on the San Joaquin side of the system. I also want the state to set new standards for how much bigger our floodways need to be to protect Central Valley communities, taking into account our changing climate.

Near term, we also need to fund the necessary operations and maintenance for the system we have now. It’s a universal problem that affects flood management and management of other water systems, forests, and the electric grid.

Watch Tim Ramirez and other panelists discuss protecting Californians from fire, floods, and drought at our November 2019 water conference.