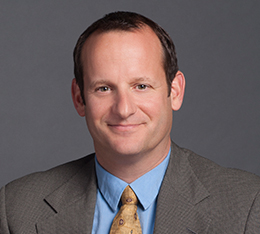 Senate Bill 180, which has passed through the legislature and is currently on the governor’s desk, aims to change a sentence enhancement related to dealing drugs. The bill would repeal the three-year enhancement for a prior conviction related to drug sales, except in cases where a minor is used in the crime. The repeal would affect just 2.3% of the people who entered prison between October 2015 and September 2016. In light of the state’s efforts to downsize its prison and jail populations, however, the bill’s passage could create momentum for similar reforms.

California’s best-known sentence enhancement mechanism is the Three Strikes Law, passed in 1994. The law doubles the sentence of any offender convicted of a second serious or violent crime. A third conviction results in a sentence of between 25 years to life. There are roughly 38,000 second and third “strikers” in California prisons, a little more than one-third of the prison population.

Overall, California has more than 100 separate code sections that enhance sentences based on the current offense or the offender’s record. For example, using a firearm while committing a violent and/or sexual felony adds anywhere from 10 to 25 years. A gang-related felony results in 2 to 10 additional years, depending upon the seriousness of the offense. As of September 2016, 79.9% of prisoners in institutions operated by the California Department of Corrections and Rehabilitation (CDCR) had some kind of sentence enhancement; 25.5% had three or more. Aside from second and third strikes, the most common enhancement adds one year for each previous prison or jail term.

Research on sentence lengths offers little support for the idea that the threat of longer sentences deters people from committing crimes. Physically removing a person from society does prevent him or her from engaging in criminal activity, which is part of the appeal of enhancements. However, research shows that this “incapacitation effect” varies across different types of offenders and that longer prison stays are wasteful when applied to people who are “low frequency” offenders.

When considering this bill and similar proposals, the state has the difficult task of balancing the costs of keeping people in custody— in terms of tax dollars spent on expensive prison beds as well as collateral costs borne by families and communities—against the potential cost to public safety.