“Sin” Taxes on the Ballot This Fall 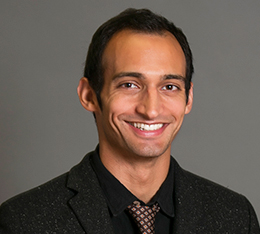 Two measures have qualified for the November ballot that ask California voters to increase so-called “sin” taxes. One measure, the Healthcare, Research, and Prevention Tobacco Tax Act, will add an additional $2.00 per pack to cigarettes sold in the state. Currently, the tax is $0.87 per pack, which ranks lower than the cigarette tax in 33 other states. The other measure, the Adult Use of Marijuana Act, proposes to legalize the recreational use of marijuana and impose a state tax on its sales.

States use sin taxes not only to raise revenue for state treasuries, but also to affect behavior. The notion is that as the price of a product goes up, consumption will drop, and with that drop, negative societal consequences—the rate of lung cancer, for instance—will decrease. In fact, revenue from sin taxes often fund related treatment or health care programs.

Though it is early on in the campaigns, Californians hold favorable views of both ballot measures. According to the May 2016 PPIC survey, 67% of likely voters favor an increase in the cigarette tax to fund health care and 60% favor marijuana legalization.

While there are a number of reasons voters may support or oppose these measures, our focus here is on the revenue implications.

How much more money could these taxes bring in? Both measures hold promise for raising significant funds and represent an alternative source of revenue in a state that is heavily dependent upon personal income taxes. Together, they could bring in more than $2 billion in state revenue. This would be significantly more than the state’s other sin tax on alcohol, which raised about $350 million in 2014.

The state reported more than $800 million in tobacco tax revenue in 2014. An additional $2.00 per pack would more than triple the current tax, suggesting a significant jump in total revenue. The Legislative Analyst’s Office estimates that an additional $1 billion to $1.4 billion would be raised should the proposition pass.

Why wouldn’t total tobacco revenue triple? Total revenue will be determined by both the tax rate and the amount of tobacco purchased. If the increase has the desired effect, cigarette smoking will decline in the future. That, combined with the fact that California recently raised its smoking age to 21, should have an impact on total consumption. Indeed, the share of individuals who smoke cigarettes has been declining in California, from 18.6% in 1996 to 12.8% in 2014. In comparison, alcohol consumption has decreased since 1977, but has remained consistent over the past 20 years. Nationally, California had the second-lowest cigarette smoking rate in 2014 (after Utah). But it’s worth noting that e-cigarette use nearly doubled among California adults from 1.8% in 2012 to 3.5% in 2013, complicating estimates of future revenue. If passed, the tax would also apply to e-cigarettes. If Californians use e-cigarettes as a substitute for cigarettes, then the measure will also capture revenue due to increased e-cigarette use. As we noted in our recent report, the additional revenue generated by taxing marijuana could be as much as $1 billion a year for the state. In the first full year after legalizing recreational marijuana, Colorado raised just over $120 million in state revenue, and Washington collected slightly less than $130 million. Given California’s larger population, the $1 billion figure is in the right ballpark. But since much is still unknown about the marijuana market, any estimate should be treated with caution.

How does California compare with other states? The proposed taxes would be comparable to those currently in place in other states. If the tobacco tax passes, it would boost per capita revenue from $21 per resident to $50 per resident. This would still be below the national average of $57 per resident, though it would be much closer. For marijuana, the estimate of $1 billion in revenue would translate to about $26 per resident. Though there isn’t a national reference point for marijuana taxes, this number would be higher than the per capita amounts raised in Colorado and Washington. Interestingly, California’s alcohol tax revenue is less than most other states. On a per capita basis, California ranks 40th of the 50 states in alcohol revenue collected. In 2014, California collected only $9 per resident in alcohol taxes compared to the rest of the country, which raised $21 per resident. Doubling this rate—which would still be below the national average—could add another $350 million to state revenues.

Notes: Per capita alcohol consumption is taken from the NIAAA, which calculates consumption based on sales and a conversion of gallons in terms of pure alcohol (ethanol). Population data are drawn from the US Census. Cigarette smoking rates are from the CDC.