A key role of safety net programs is to address immediate economic need, and policymakers expand programs to meet elevated need during economic crises. During the first two years of the COVID-19 pandemic, government interventions not only avoided a rise in poverty but also dramatically reduced poverty among children. According to the California Poverty Measure, the estimated share of children in poverty fell from 17.6% in 2019 to 9.0% in fall 2021, translating to about 770,000 fewer children in poverty.

Even more striking was that safety net programs moved nearly 1 in 5—or 1.7 million—children out of poverty. Child poverty would have been more than 3 times as high without the safety net. Still, earnings made up over half (55%) of total resources on average in these children’s households, indicating the complementarity between work and the safety net. 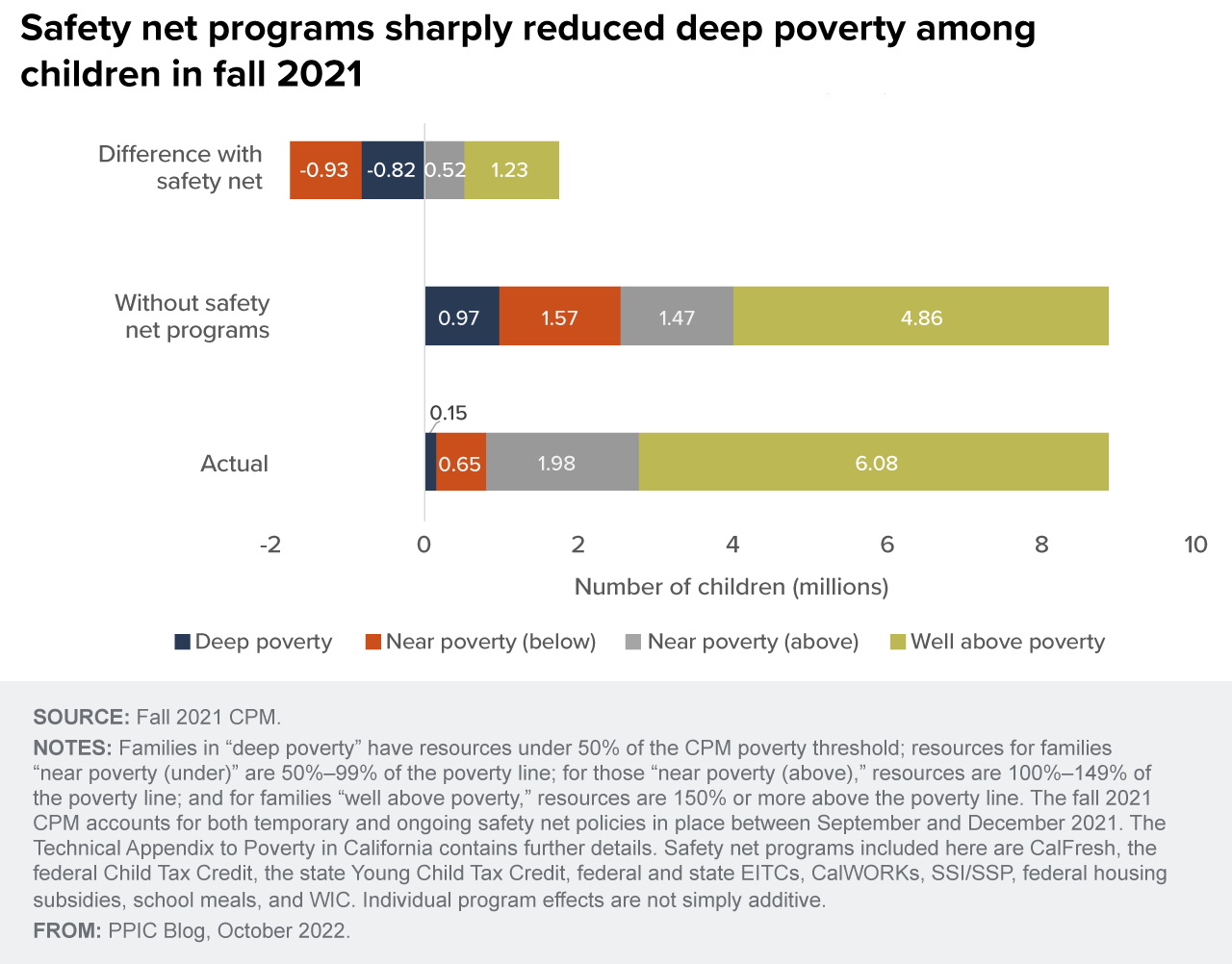 Although every region across the state saw a decline in child poverty between 2019 and 2021, declines ranged from 38% to 55%—and child poverty continues to vary across regions. Child poverty was highest in Orange County (12.4%) and lowest in the Northern region (6.1%) and Sacramento area counties (6.3%). Without safety net programs, child poverty would increase the most in the Central Valley and Sierra counties (25.4 points) and in Los Angeles County (25 points). 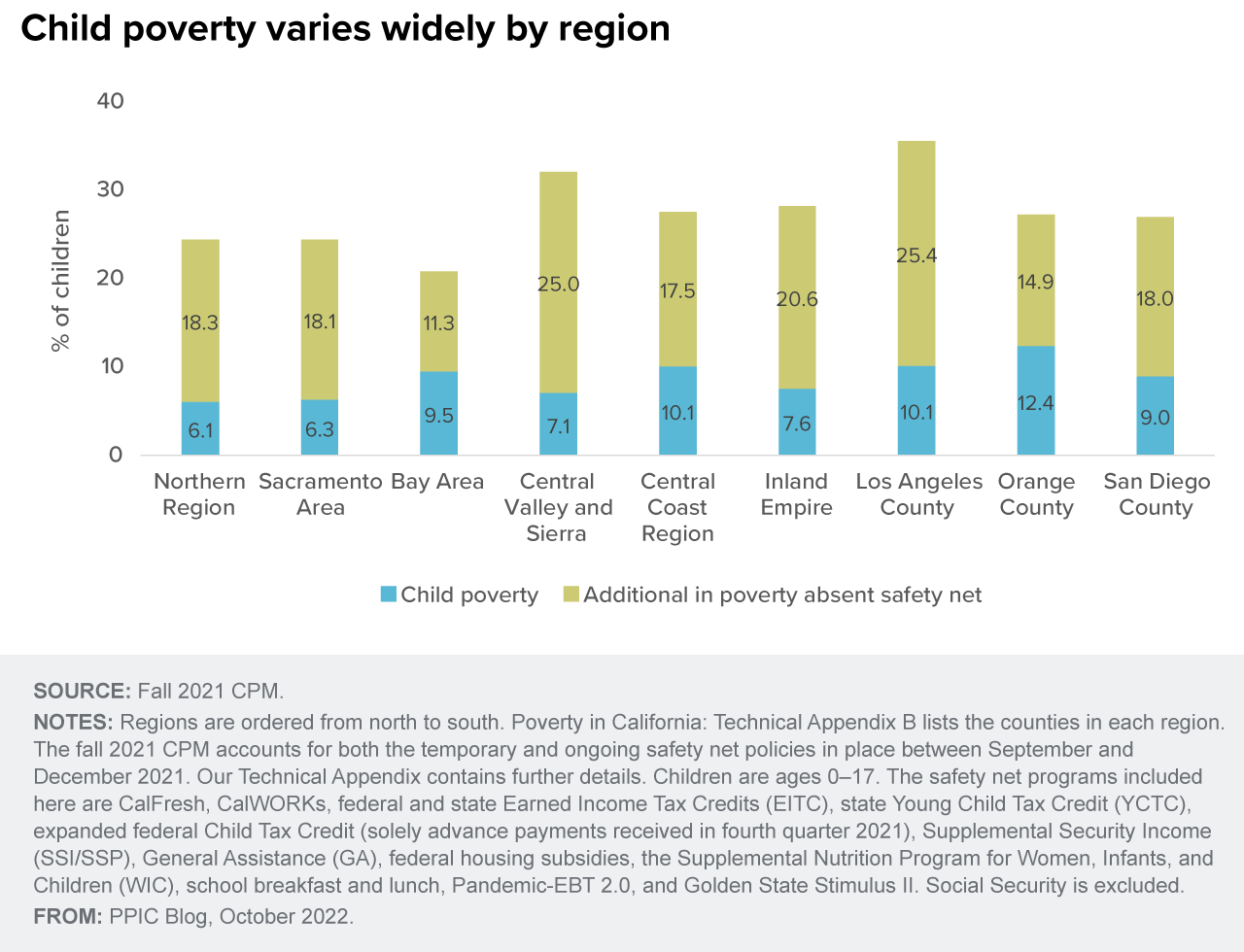 The single largest poverty-mitigating program was CalFresh nutrition assistance, which kept 410,000 children out of poverty, partly thanks to temporary and permanent expansions. Temporary emergency CalFresh allotments—based on the public health emergency declaration by the Secretary of Health and Human Services—have increased family grant sizes by at least $95 per month, while a federal adjustment to the calculated cost of an adequate diet recently increased CalFresh benefits by an average of 27% compared to 2019 and earlier years.

The temporary 2021 federal advance Child Tax Credit (CTC), which provided monthly payments to most families with children, moved 380,000 children out of poverty, almost as many as CalFresh. But CalFresh was more targeted: it reached 35% of California’s children, adding an average of $7,550 to family resources, while the CTC reached 92%, averaging $5,273 on an annualized basis.

The expiration of the 2021 federal CTC and the eventual end to CalFresh emergency allotments will largely reverse recent progress in reducing child poverty through safety net policy. But gaps will be partly addressed by California’s expansion of the Young Child Tax Credit to families without earnings. State and local policymakers and stakeholders should also continue their efforts to increase enrollment in nutrition, cash, and tax credit programs among those who are eligible.